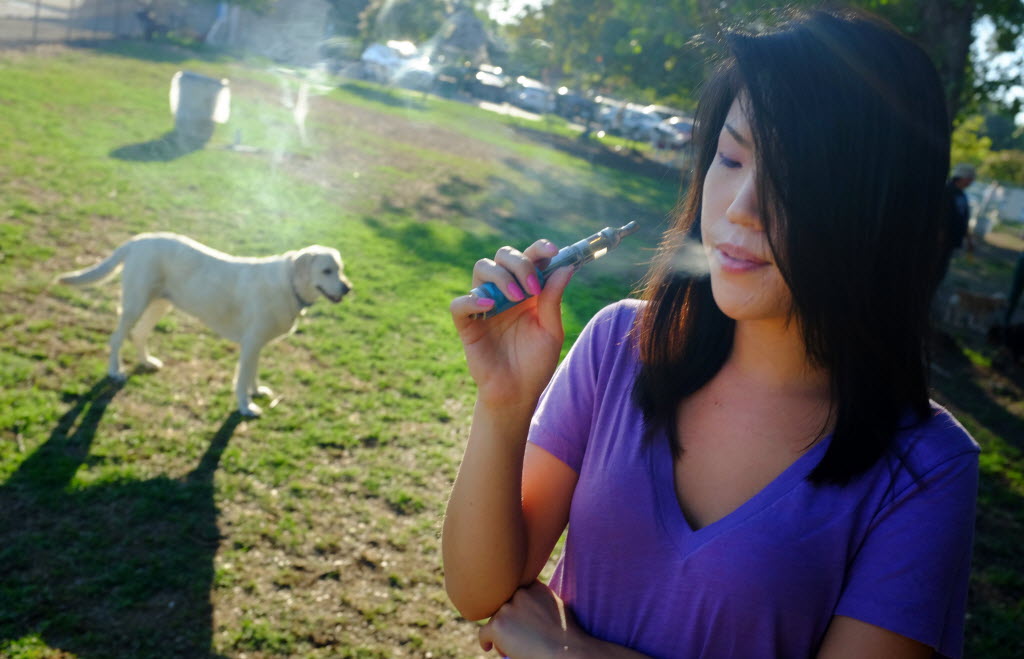 Electronic cigarette advertisements in stores, online, in newspapers and magazines and on TV reach nearly 70 percent of middle and high school students, according to a new report.

And that exposure to more than 18 million young people may be contributing to increases in their use among youth, according to this month’s Vital Signs report by the Centers for Disease Control and Prevention.

Electronic cigarette ads use many of the same themes – independence, rebellion and sex – used to sell cigarettes and other conventional tobacco products, according to the CDC.

“The same advertising tactics the tobacco industry used years ago to get kids addicted to nicotine are now being used to entice a new generation of young people to use e-cigarettes,” said CDC Director Dr. Tom Frieden in a news release. “I hope all can agree that kids should not use e-cigarettes.”

Most e-cigarettes deliver nicotine, which may cause lasting harm to brain development among young people, promote addiction and lead to continued tobacco use, according to the CDC.

In 2014, e-cigarettes became the most commonly used tobacco product among youth. E-cig use rose among high school students from 1.5 percent in 2011 to 13.4 percent in 2014, according to the CDC.

During that time, spending on e-cigarette advertising increased from $6.4 million in 2011 to an estimated $115 million in 2014, according to the CDC.