Really sick or faking it? 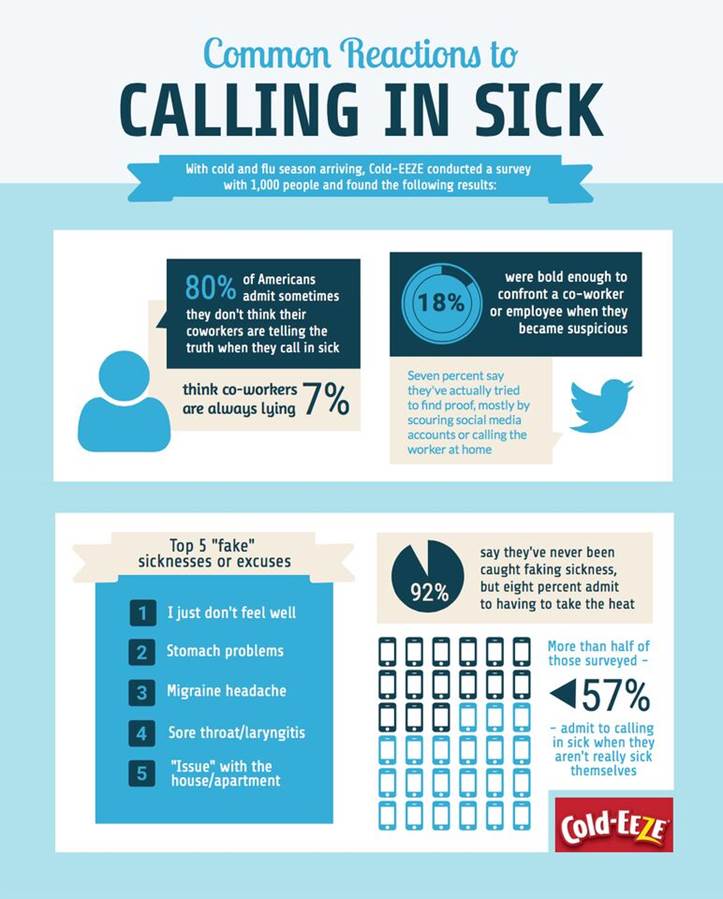 While health officials and employers often encourage people to stay home when they’re ill, most people don’t believe their coworkers when they call in sick.

About 18 percent of coworkers actually confronted their colleague about their faking and 7 percent said they’ve scoured social media to try to find proof of the lying, according to the survey.

The biggest red flags for coworkers are when it’s a Friday or Monday, the coworker seemed fine the day before or they didn’t sound sick on the phone, according to the survey.

But the skeptical coworkers aren’t always honest, themselves.

According to the survey, 57 percent of respondents admit to calling in sick when they aren’t really sick and 4 percent confess to doing so often.

The respondents said they fake illness an average of three times a year, and 92 percent say they’ve never been caught in a “home sick” lie.

The survey compiled the top “fake” sicknesses or excuses:

The survey also looked at the top things people did on their sick days: