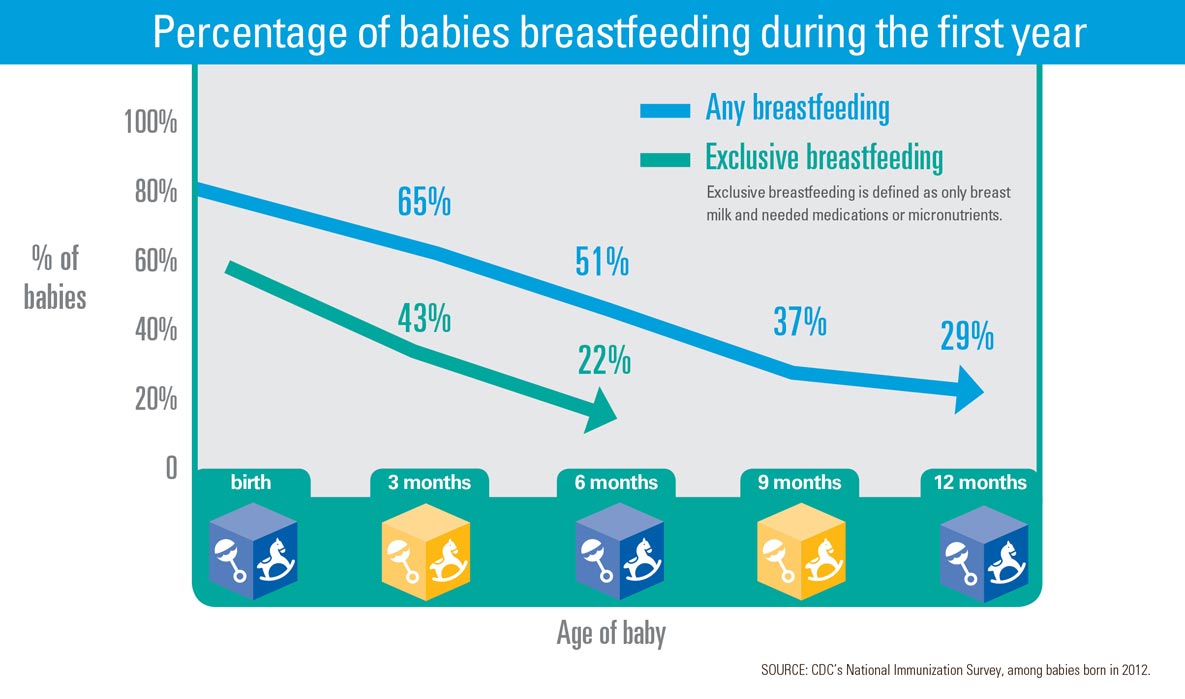 More and more hospitals are taking steps to increase support for breast-feeding, according to a new report from the Centers for Disease Control and Prevention.

The World Health Organization and United Nations Children’s Fund, or UNICEF, launched the Baby-Friendly Hospital Initiative as the global standard for hospital care to support breast-feeding.

The percentage of hospitals implementing a majority of the initiative’s 10 steps increased from about 29 percent in 2007 to nearly 54 percent in 2013, according to the CDC Vital Signs report.

Despite that increase, only 289 of the roughly 3,300 maternity hospitals in the U.S. are designated baby-friendly facilities.

Earlier this year, Legacy Salmon Creek Medical Center – along with three other Legacy hospitals – were recognized as baby-friendly birth facilities after Legacy invested in a four-year process to reform practices surrounding breast-feeding.

Babies who are breast-fed have reduced risks of ear and respiratory infections, asthma, sudden infant death syndrome, diabetes and obesity, according to the CDC.