E-cigarette use tripled among youth in one year 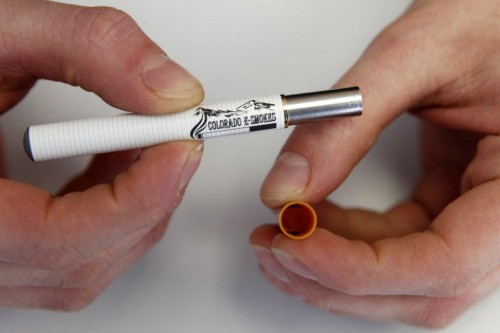 The number of middle and high school students using electronic cigarettes increased dramatically from 2013 to 2014, according to new data from the Centers for Disease Control and Prevention.

“Current e-cigarette use” is defined as using a device on at least one day in the previous 30 days.

Nearly a quarter of local high school seniors were current users of e-cigarettes or vape pens in 2014. In 2012, just 5 percent of seniors said they had recently used e-cigarettes (the 2012 survey question did not include vape pens).

“We want parents to know that nicotine is dangerous for kids at any age, whether it’s an e-cigarette, hookah, cigarette or cigar,” said CDC Director Dr. Tom Frieden, in a news release. “Adolescence is a critical time for brain development. Nicotine exposure at a young age may cause lasting harm to brain development, promote addiction, and lead to sustained tobacco use.”

The national report revealed that hookah smoking roughly doubled for middle and high school students from 2013 to 2014, while cigarette use declined among high-schoolers and remained unchanged among middle-schoolers.

“In today’s rapidly evolving tobacco marketplace, the surge in youth use of novel products like e-cigarettes forces us to confront the reality that the progress we have made in reducing youth cigarette smoking rates is being threatened,” said Mitch Zeller, director of FDA’s Center for Tobacco Products. “These staggering increases in such a short time underscore why FDA intends to regulate these additional products to protect public health.”