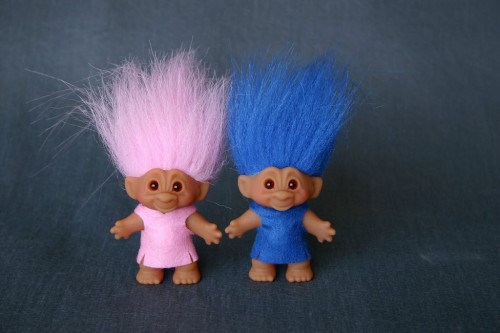 A group of Canadian researchers have backed up what many of us (at least those of us who work in newsrooms) have long suspected: Internet trolls are sadists.

An online survey by the researchers suggests that Internet trolls are more likely than others to show signs of sadism, psychopathy and “Machiavellianism” (a disregard to morality and tendency to manipulate or exploit others), according to a CNN story.

“It was sadism, however, that had the most robust associations with trolling of any of the personality measures,” psychologists from the University of Manitoba, University of Winnipeg and University of British Columbia said in the research article. “Scores were so strong that it might be said that online trolls are prototypical everyday sadists.”

In the article, the researchers defined trolling as “the practice of behaving in a deceptive, destructive or disruptive manner in a social setting on the Internet with no apparent instrumental purpose.”

In other words, trolls are offensive for no other reason than their own enjoyment.

Sounds similar to the definition of sadism: a tendency to take pleasure in other people’s pain or discomfort.

“Trolls operate as agents of chaos on the Internet, exploiting ‘hot-button issues’ to make users appear overly emotional or foolish in some manner,” the researchers said. “If an unfortunate person falls into their trap, trolling intensifies for further, merciless amusement.”

“These findings provide a preliminary glimpse into the mechanism by which sadism fosters trolling behavior,” the researchers said. “Both trolls and sadists feel sadistic glee at the distress of others. Sadists just want to have fun … and the Internet is their playground.”