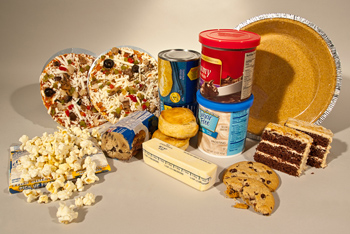 The U.S. Food and Drug Administration is taking aim at trans fats and intends to take action to keep the fats out of the American food supply.

The FDA announced today it no longer considered partially hydrogenated oils – the major dietary source of trans fat in processed food – as “generally recognized as safe.”

Trans fat has been linked to an increased risk of coronary heart disease, which is when plaque builds up inside the arteries and can cause a heart attack, according to the FDA.

The FDA will take comments on the decision for a couple months before issuing a final order. If the action is finalized, partially hydrogenated oils would become food additives subject to premarket approval by the FDA.

That would effectively mean the end of artificial, industry-produced trans fats in foods since unapproved food additives cannot be legally sold in the U.S., according to Dennis Keefe, director of the FDA’s Office of Food Additive Safety. Ever since the FDA required trans fat content be declared on nutrition levels in 2006, consumers have been reducing the amount of partially hydrogenated oils they eat. Many food manufacturers followed their lead and changed their food formulations to reduce or eliminate trans fat.

But the FDA believes further reducing the amount of trans fat in the food supply can prevent up to 20,000 heart attacks and 7,000 deaths from heart disease every year.

So what food recipes will need to be reworked?

Here are some of the processed foods where trans fats often reside:

-snack foods, such as microwave popcorn

You will still find trans fat in some foods; they occur naturally in small amounts in meat and dairy products.

Fun fact: trans fat is produced when hydrogen is added to vegetable oil to make it more solid.

Do you support the FDA’s decision?