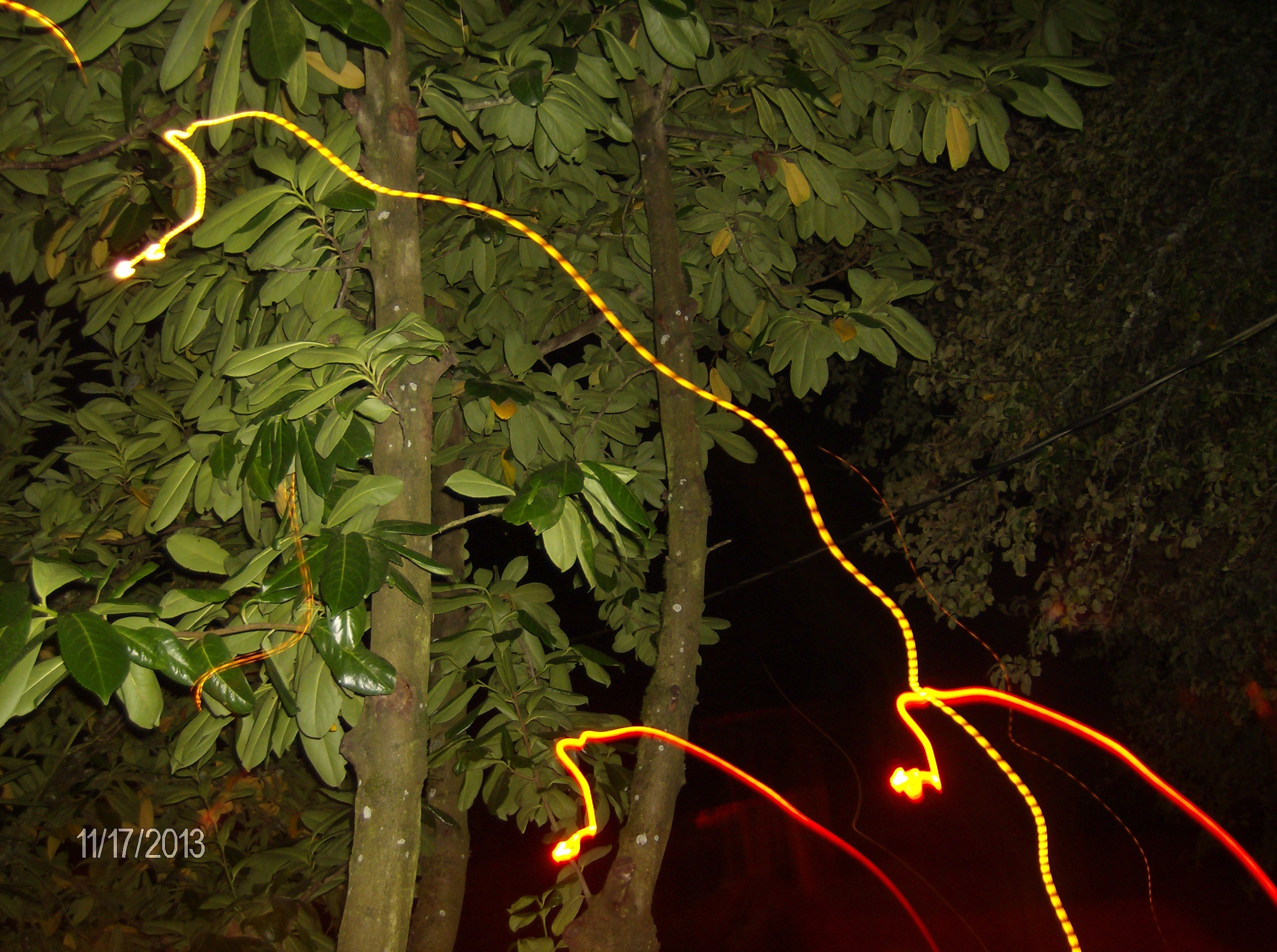 It started when he began fixing up an old ’66 convertible next to his house, which was by the lot. He heard sounds and started to worry that somebody was planning on stealing his car, he said.

“I was getting pretty worried because there was a lot of activity in this field, so I went out there at night to see if somebody was there,” Boswell said. While in the field, he noticed movement around him.

“I thought I was out of balance,” Boswell said. “It scared me so bad I went back into the house.”

But he shook it off and returned to the lot, this time seeing what appeared to be strange creatures, some that looked like 4-foot-tall blades of grass or fingers on two feet, moving around him.

“Some had pretty hideous faces, like they were part plant, part human,” Boswell said. “It sounds crazy, I know.” Every time he went by the lot, it felt like something was watching him. But he couldn’t figure out what the creatures might be.

“I saw something online that said maybe it could be some sort of military camouflage,” he said.

He started trying to capture photos and videos of the creatures. “It got so bad we had lights flashing in the window and all kinds of crazy things,” Boswell said.

He also tried to shoot them with a BB gun, which ended up getting him evicted from his apartment, he added.

He and his wife, who also said she’s seen some strange things, moved to a different house about three blocks away. They still see strange things around the neighborhood though, Boswell said.

“I wish to God I never would have seen anything,” he said. “There’s definitely an intelligence behind this whole thing.”