The basement ghost at the Clark County Historical Museum 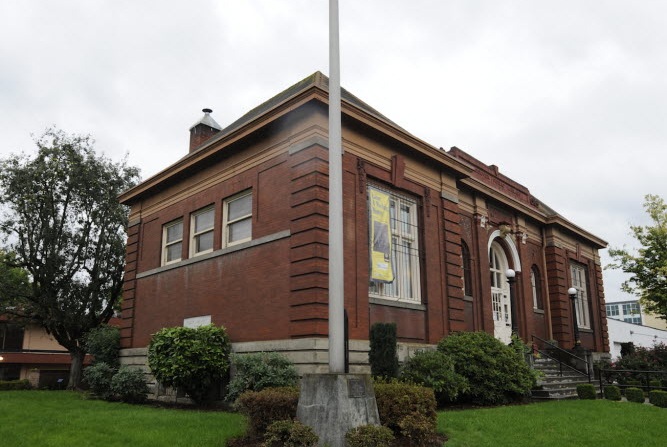 Greg Wahl-Stephens for the Columbian

“It seems like when it gets to this time of year, and we start talking about these things, it gets kind of strange around here,” Richardson said, standing near the twisting stairs in what is now the basement archive.

Richardson first started the museum’s Haunted Walking Tours in 2012, and after one of the 8 p.m. excursions down Main Street, a customer asked if she could go to the basement to use the bathroom.

“She came pretty much running up the stairs,” Richardson said. “She said ‘I walked into the bathroom and I heard all kinds of people down there.’ I went to look and we heard the pipes banging like crazy.”

That’s not the only story about the basement. Another time, a volunteer was working down there, felt a chill and felt compelled to look up, Richardson said.

“All of a sudden his eyes just locked with a little boy, dressed in turn-of-the-century clothing,” Richardson said. “He looked away and looked back and the boy was gone.”

For his part, Richardson said he’s also heard his share of footsteps and banging when nobody was around. He leans toward believing in ghosts, although he’d like more proof, he said.

“One thing I’ve heard is that the Grand Army of the Republic used to meet down there, and at one point a librarian told them they had to move out, and that caused a lot of strife,” Davis said.

One time, his wife and he stayed overnight for a ghost hunt there, he added.

“At one point we were recording, and we heard what sounded like breathing in the microphone of our tape recorder,” Davis said. “That was interesting.”

“I remember all of a sudden hearing a dog bark and a low voice (when nobody was there),” she said. “You couldn’t hear the words, but by the cadence it was speech.”