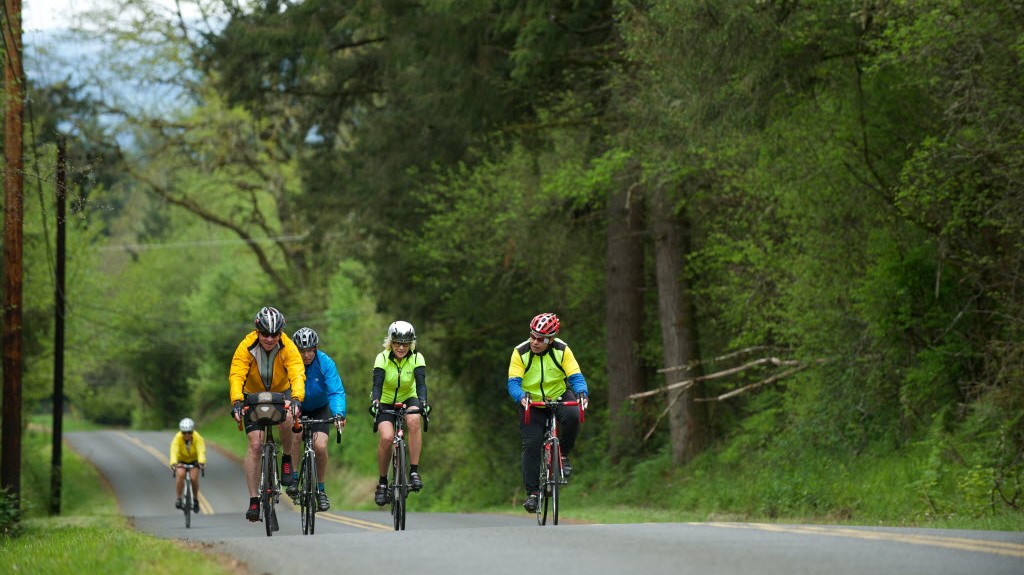 So it’s totally awesome — yup, that’s the appropriately mature term — to point out that May is both National Bike Month and National Bike Safety Month. It contains Bike to Work Week, May 11-15, and Bike to Work Day, May 15. Already past us is Bike to School Day, May 6; and today, Mother’s Day, has also been named CycloFemme — a day for women to celebrate and get out pedaling together, according to the sponsor of all of the above, the League of American Bicyclists.

Summer is approaching and everything’s coming up bicycles. Here are a few local tips, whether you’re eager to improve your skills, spread the love or just hit the road:

Bike Clark County is a grass roots nonprofit run entirely by volunteers who love bikes and kids. Members want to extend the fun to needy children who don’t have access to bicycles; they also want to keep those kids safe and aware of how bikes fit into traffic. The group takes donations of used bikes — and dollars of course — and does basic refurbishing. The bikes are “regifted” to charities like the YWCA and other venues where they’ll wind up — for free — with children who can’t afford bikes.

Bike Clark County also hosts clinics where kids can learn to do their own basic bike maintenance, safety courses at middle schools where they can practice the rules of the road, and adult-guided rides where kids can enjoy the journey while putting those rules to real-world tests. And it’s developing an Earn-A-Bike camp program where kids (who must be referred by teachers) work and learn in the shop for eight hours and emerge with their own free bike.

The groups is always grateful for volunteers — especially now through the end of school — but check the Bike Clark County website to find out about scheduling and specifics.

The Vancouver Bike Club is your keeper of the fun when it comes to meeting people and pedaling together. VBC volunteers offer numerous guided rides every week and there’s something for everyone — from casual outings aimed at coffee and a chat at Starbucks to serious distances and hills that have you working up serious sweat.

Here’s what VBC member and volunteer Mary McLaren told me about joining: “I went on a beginner ride and met these wonderful people. We hung out after the ride and had coffee, and I realized, ‘These are my people.’ I just started riding with them every week. It seems like every ride I go on, I find somebody who likes to ride at my pace, and we get to chat. I’ve met people from all walks of life who I never would have met otherwise.

Meanwhile, cyclists who aren’t too happy with some Vancouver development plans are getting busy. Madeleine Von Laue, who also helps lead a county bike advisory group, reports that an informal city advisory group is forming up to make sure that bicycle and pedestrian needs are well-integrated into city development proposals. Meetings will be held at 6 p.m. on the fourth Thursday of the month at City Hall; contact Von Laue at mvonlaue@hotmail.com to learn more.

While I’m cruising along here, must send a shout-out to McLaren, her VBC cohorts and whomever else made the annual Ride Around Clark County such a pleasure on May 2. I’ve been working up to longish distances lately — Felida to the end of Lower River Road and all the way back — but wasn’t at all sure I was up to my goal, the 66-mile loop. Would I hit, oh, say, mile 50 and suddenly be enduring a world of pain — with no recourse except to keep staggering along? Should I not even try?

No need to worry, it turns out. For one thing, the RACC guarantee includes roving road-support vehicles whose mission is to rescue anybody in trouble — or even just to keep you from frowning, it seems. I never needed help, but there were a couple of super-steep hills along the way where I wasn’t too proud to dismount and walk — and there always suddenly seemed to be a marked RACC car right there with a kindly volunteer asking if I was all right.

A thumbs-up and off they went again. It’s very reassuring to know, even when it seems you’re entirely on your own, you’ve got friends watching over you.

Best of all was the RACC oasis at Daybreak Park, where I enjoyed fruit, veggie wraps, bagels with Nutella chocolate spread and a patch of sunny grass to sprawl upon for a few minutes. (Not me; photo shamelessly stolen from the VBC website.)

Then it was off to attack some more emerald green hills. What a beautiful county this is. Especially on two wheels.