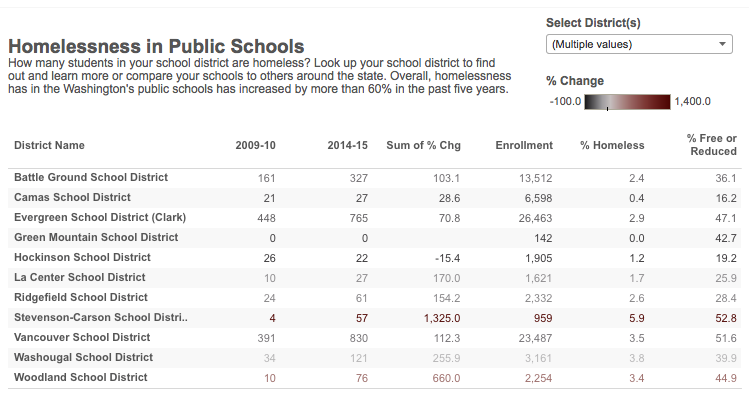 The rise in homelessness surfaced in the news again this week as the state released the latest numbers of homeless students in Washington’s public schools. In Clark County, more than 2,300 students were reported homeless during the 2014-15 school year, up 105% from the 2009-10 school year when there were about 1,100 students without a home.

We used data from the state Office of the Superintendent of Public Instruction to report that story. Today we’ve created an interactive shown below for you to look at all of the schools around the state. You can also hover over the numbers for a school and get more context such as how many students reportedly live in shelters, hotels and motels, doubled up with family or friends or live out on the streets.