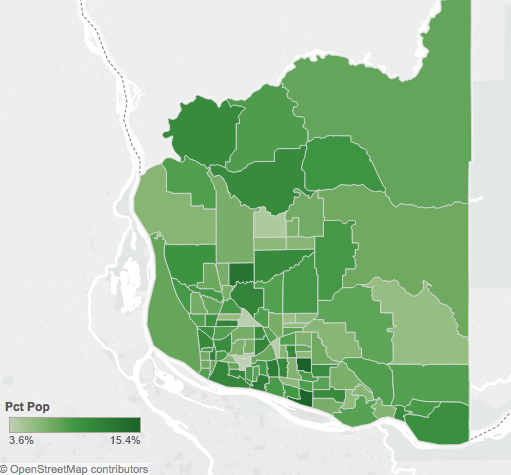 Today is Veterans Day when we remember and honor the men and women who serve or already served their country in the military.

It’s also known as Armistice Day when the so-called Great War or WWI ended in the 11th hour of the 11th day of the 11th month of 1918, and everything went quiet on the Western front.

Today, there are an estimated 19.6 million American veterans. According to 2014 Census data, we have about 36,000 veterans in Clark County, nearly 22,000 of whom served during the Vietnam and/or the Gulf War eras. About 3,000 served during the Korean War era and about 2,000 during World War II. The remainder served in between those conflicts.

So where do they live? Nationally, there three states with more than a million veterans: California (about 1.7 million), Texas and Florida (both 1.5 million). According to Veterans Affairs, Washington has about 600,000 and Oregon about 330,000. You can find a plethora of other numbers at the VA site and also courtesy of the U.S. Census Bureau.

If you want to see where veterans live in Clark County, check out our map below. And remember, while we owe a great debt every day to these men and women, be sure to say thanks tomorrow.