Where are Clark County’s uninsured? 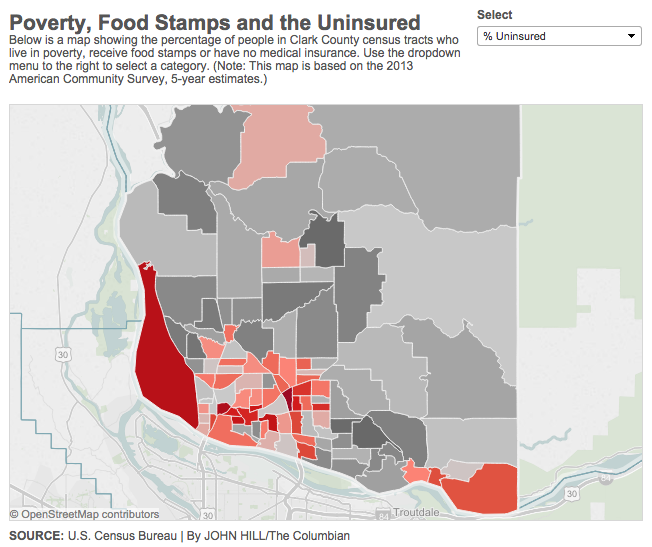 Where do the uninsured live? That’s a question The New York Times’ Upshot recently asked and mapped out, showing that most of the country’s uninsured live in the South and — shocker — they tend to be poor.

This, of course, had me wondering where the uninsured are in Clark County. At the moment, I don’t have the same data set The Times had, but I do have access to results from the American Community Survey. Unfortunately, the recently released 2014 ACS only allows you to drill down to the county level, not zip, track or block. That data is purportedly coming out in December. We do have 2013 data, though, that allows us to get an idea of where the uninsured live here, and you can see that in the map below. To add some context, I added numbers to show you the poverty level in those same census tracts.

It probably comes as little surprise there’s some overlap when you look at the numbers, something noted by The New York Times on a national level. Interestingly, though, on a national level, a recent report by the U.S. Census Bureau showed that the rate of poverty essentially remained flat for the fourth year in a row while the percentage of Americans without healh insurance has improved, dropping from 13.3 percent to 10.4%.