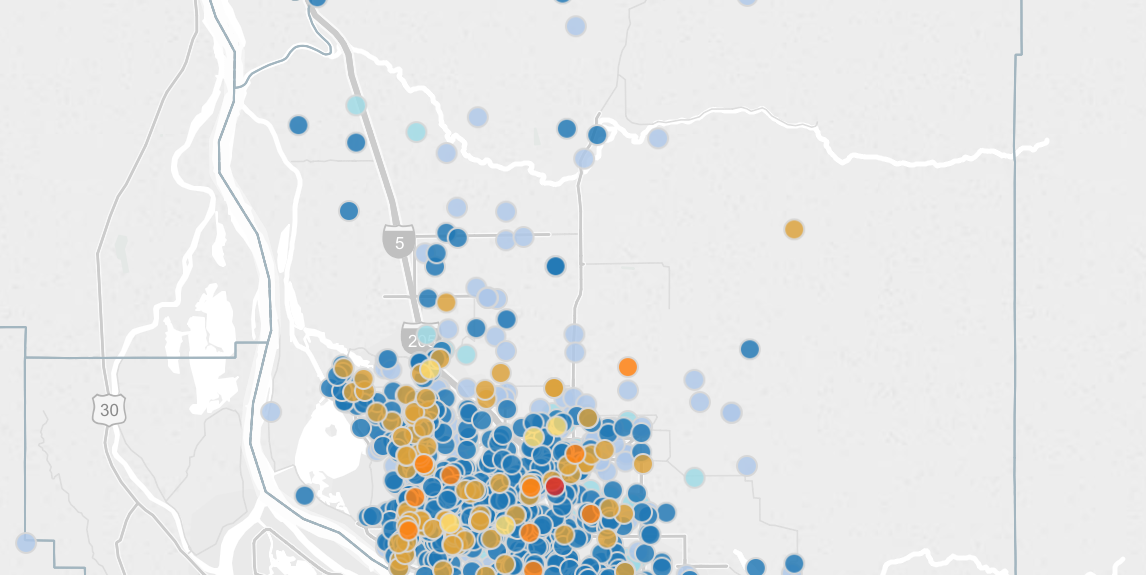 Vehicle owners in Clark County got some good news and some bad news this week. First, the good news. According to statistics from the Clark County Sheriff’s Office, vehicle theft is steadily declining here and the trend is expected to continue.

Now, the bad news. If you drive an older car, you’re still in the crosshairs of most car thieves. That’s because in recent years automakers have begun making vehicles that are tougher to break into and steal.

You can learn more about this by reading reporter Patty Hastings’ story on vehicle theft we published on Sunday, Dec. 14, and from poking around in an interactive graphic we created.

Today, we’re adding more context by providing an interactive map ( image shown below) where you can see where vehicles were stolen this year (December is not included) in this county. You can even drill down to a specific month (December not included) or the make of a vehicle (Note to self: Do not buy a Honda).