The Principals of Speed Dating 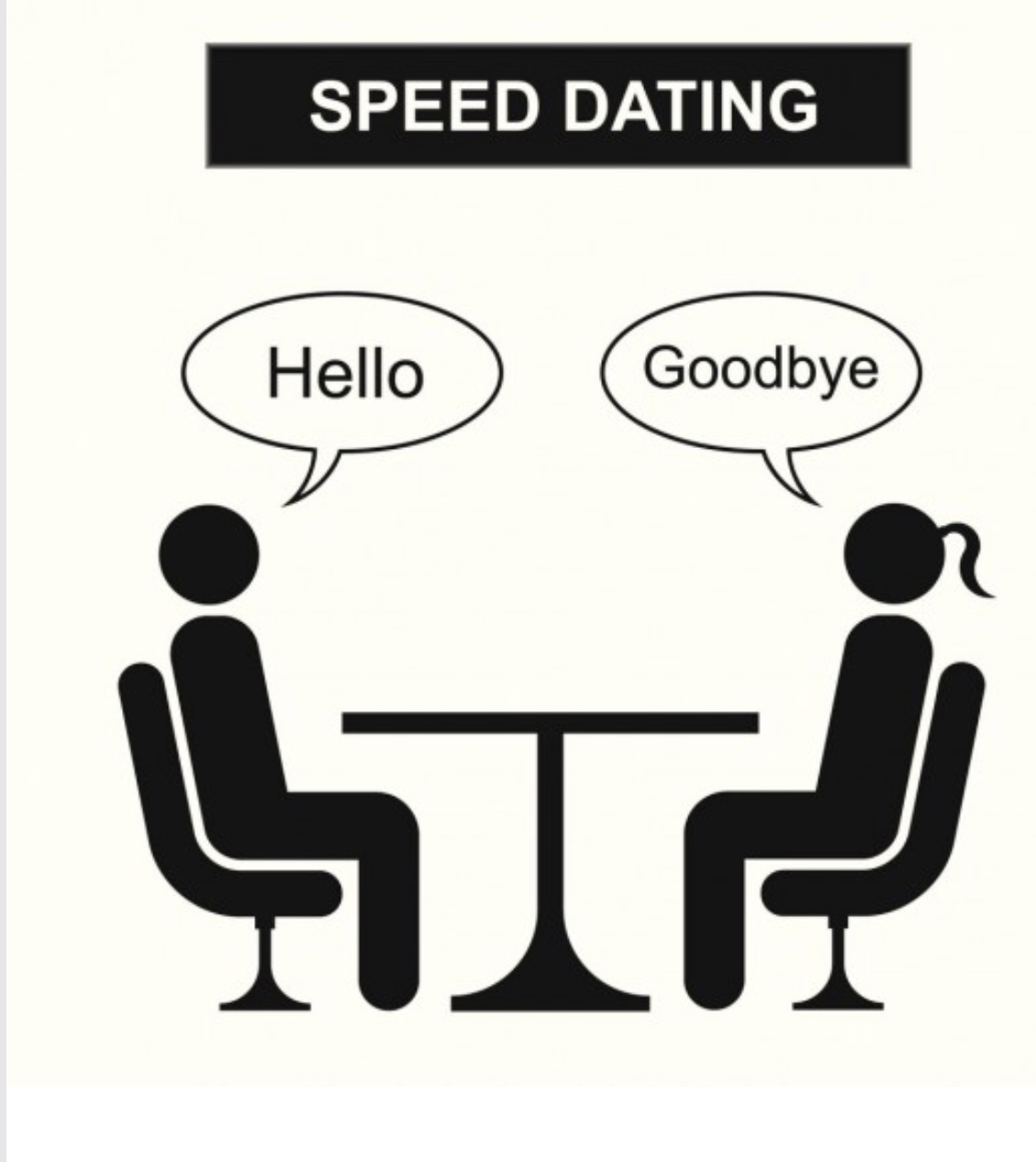 Even though it’s been a handful of years since I was a classroom teacher, or even since I’ve been to the building in which I began my career, I still hold fond memories of my classroom with its decades-old yellowed-carpet, held down with duct tape, and years worth of old gum, and soda stains. We went through a lot of construction, and a lot changes in theory and practice. Mostly though, we went through a lot of administrators. It was like sitting down at some niche bar, creating a list of conversation topics, and likes, and dislikes, and hoping that someone in that room would take your life in the right direction. You wanted a leader who would want to stick around.

Sometimes when you get into a new relationship, you make the mistake of opening your mouth, and asking, “so, um… how many dates have you…..”, and before you can even finish the sentence, you watch all the sizzle fall out of whatever could have been.

You had already fallen in love with the idea of a future together. Everything was new. Everything was exciting. Things were moving in a new direction with new dynamics, and constantly changing positions. You would spend your days taking care of all your children, and then complaining about them as soon as they’re out of the room.

But, then there are problems. There’s some type of miscommunication. An argument about how to get those damn kids to graduate. Or maybe you catch wind that they have been keeping their eyes open for another opportunity – something more exciting, more suited to their current needs. Maybe the respect fades. The trust wanes. You swear you’ll stick it out for the rest of the year – at least until the kids graduate. When graduation comes, and the kids move away, you say your goodbyes to them, and to each other. There’s a divorce. It’s bitter, but amicable. You all keep with what you brought into the relationship, but there’s an emptiness in the brick-and-mortar, and a hope for brighter times.

Because you’re not someone who can wait too long to move on, you place an ad online. You list all of your minimum requirements in a partner, as well as a bit about yourself, and your hopes for the future. You want a leader. You want someone who has experience. Someone who can move in quickly – even if it’s too soon. Really, you just need someone, and hopefully they are good enough. At least for a while. At least as a rebound.

I spent 11 years in one school with 17 administrative changes. I once told a principal – I think it was my fourth – that I felt like I was locked in a rotating door of bad relationships. There was always a hopeful honeymoon where you promise that you on the same wavelength, and that teachers will have more time together, and students will see more growth over the course of the year. While we really want to hold onto that hope, we’ve heard it before, only to watch it all blow up at the end of the year when leadership, once again, changes.

Sometimes it’s good to move slowly. Sometimes it is good to take time to get acquainted. It’s okay to start as friends, maintain a bit of status-quo until you begin to hold hands, and smile with hope for a brighter future.