The Death Knell for Elementary and Middle Schools: Creating the New Standard for Education 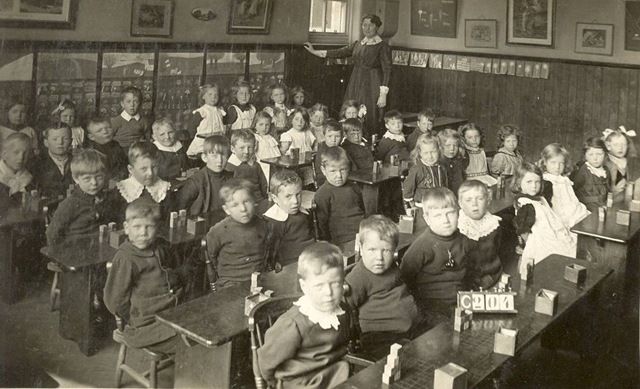 I’m pretty sure it’s time to do away with all elementary and middle schools. We’ve seen enough. The students obviously know everything and since the grades don’t really matter and the permanent records only exist to taunt everyone, there is absolutely no point to Kindergarten through 8th grade. This is unfortunate for educators as it will lead to far fewer positions available; then again, there is such a teacher shortage at the moment, it might just revitalize the whole industry.

The Common Core State Standards (CCSS) provide a rubric for the essential skills needed to navigate through life, head toward higher education, or begin a career—or at least a job. The whole standards thing leaves a bad taste in the mouths of many parents and teachers alike. Unfortunately, these parents and teachers don’t really stop to understand what they actually mean for their children or students. The CCSS are the same damn thing teachers have been teaching—supposedly—since they ventured into the profession. The only difference is that now students at every level have a light at the end of the tunnel. They are no longer tethered to an “F” for a missing assignment or for a lack of understanding or because they had a family issue and couldn’t get it turned in on time.

Students have spent too many years in fairly unsupportive environments with teachers chiding them for not completely understanding the assignment. Unfortunately, many teachers negate the opportunity to help these students and instead tell them they should have listened or tried harder or done better or stayed during lunch or after school or not have gone to sleep or sporting events or dinner with their parents or work or babysit a sibling or do anything other than focus on the assignment they don’t understand because the teacher was unwilling to re-teach or go over or conference with or do much at all to show that student that they are capable of achieving the goal if they work hard, ask questions, and never give up.

Instead of providing students with straight A-F grades, they are simply asked to work until they have met that specific standard. If a student doesn’t meet a specific standard on an assignment in September, they are now able to complete it over and over again until they reach proficiency. As teachers, it’s easy to not want to grade, and re-grade, and re-grade. It’s tedious, and we get frustrated too easily with students who do not get things right the first time, or the 20th time. But we miss the fact that eventually they get it. Eventually, the student who works on it over and over and over and over again will turn in a paper that meets the goal.

I used to tell my students that “we can work with words on paper.” Words on paper will give students a starting point. It will allow them to show that they’ve at least given a quick attempt at something. But the problem is that students are still scared to ask a question. As cliché as it is, there are no stupid questions, and if one student has that question, then multiple students have the same one. Teachers need to realize that if more than two or three students have the same question or are confused about the same work, that they should simply re-teach or teach in a different way that helps with the confusion. It’s not okay for a teacher to simply shut down the students by saying they’ve already learned the information.

If we want to increase the graduation rates, teachers need to move into a standards system. Students need the ability to move up the ladder and know that they will always have the chance to complete work for a higher level of achievement. So then why do we need the primary or middle grades? Why can’t we just have one school system that moves on a vertically aligned system of grades and standards? We are no longer tethered to curriculum. The standards are our curriculum, and the content is used in order to provide a gateway to those standards. This can open the door to younger children having social skills courses, or typing classes, and once they’ve completed their work and earned at least proficiency for those courses, they will be able to move on to the next goal. If there are 100 goals to meet in order to reach graduation and a student meets them all at standard, why shouldn’t they be allowed to move on to higher education or a vocational program or an internship or whatever it is they want to do, considering they have proven themselves in all areas?

The education system is in a constant state of flux, but it’s headed in the right direction. No one will ever agree on how the system should be run, but we all want the same end result—creating a working-class citizen who has become their best self. People spend too much time complaining, rather than working with students and taking the time to understand that nothing much has changed, save for the now subtle light at the end of the sometimes-challenging tunnel.