The Art of Procrastination 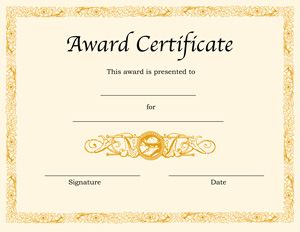 Procrastination is an art form. There should be a plaque, or a People’s Choice award, or a Certificate of Achievement for the focus and commitment it takes to truly sit down a few hours before an assignment is due, flip through notes, press fingers to keyboard, and know that everything will be just fine.

I don’t have any excuses for why I wait until the last minute. I can’t even say it was just a school thing; I tend to put everything off until the absolute last moment. It’s like being down 3 points, with 10 seconds left on the clock, and I’m just holding the ball until I see the tick of the 2 before hurling it up, watching it circle the rim until it finally falls in place, and you leave victorious. It’s exciting. It’s a tightrope stretched between the lines of clock, and your just praying your balance won’t fail you, or that wind won’t pick up, or the professor doesn’t lock the door.

For a final, one of my English professors, Michael Steele, used to give students 2 ½ hours to complete three 3-page essays. We were not allowed to stay in the classroom. We had to find a computer lab, or race home in order to even begin the work, and the time started as soon as the prompts were provided. I didn’t like to work around other people – I get distracted way too easily – and so I would hop in my car, and drive the 10 minutes back to my house. What that meant was that my 2 ½ hours was cut to just around 2, and I had to plan accordingly. The prompts were different for each person in the class, and along with writing the papers, there was also research that needed to be done in order to fulfil certain requirements.

Steele would set a timer, rest it on his tabletop podium, tell us that, “if you are not back within 2 ½ hours, it was obviously not a final,” and begin the countdown. He was known for actually locking the door 1 second after the timer ran out. If you weren’t there, paper in hand, you failed the class. Period.

More than a race to my room, it was a race to my headphones. It was the sinew with which Miles Davis played – uniting muscle to bone, bone to bone – that made the trumpet so visceral, so weighty, so immediately important. Each note of Kind of Blue, and Relaxin… gave me the focus needed to finish the work. Those two albums also gave me a timeline of when I should be in my car, and back to the classroom. Luckily, I discovered fairly early that I was a quick study, had a great memory for quotes, and devoured research based writing.

Unfortunately, procrastination became almost a crutch. I just didn’t do my work until the last minute, and while I was fairly good with just getting it done, and typically done well, it definitely bit me in butt a few more times than I would have liked. I once tried to write a 30-page research paper on Vygotsky in less than 6 hours. My friend Jamaal and I were in the same boat, so we went to the Education Hall at 2am, ordered pizza, and sat down to write. When the torrential rains became so heavy the power went out, we were left with dying computers, and the realization that the paper simply wouldn’t come in on time. We were forced to come clean with our laziness, and take quite the dock in grade once they were finally completed.

As a teacher, it’s so easy to forget that students are not all that different from who we were at their age. For some reason, so many are wont to admonish the student for their “lack of effort” without actually talking with them about their strategies, and why they chose to wait until the last minute. As educators it is our job to help students plan for the real world, and part of that world is learning how to create a plan of approach.

I wish I could go back to my high school self, and convince him that taking time with the work would have vastly benefit my grades, my stress, and lessen the arguments with my parents and teachers. It’s easy to put everything on the back burner, just don’t get burned.