If it was easy everybody would start a brewery (Part 2)! 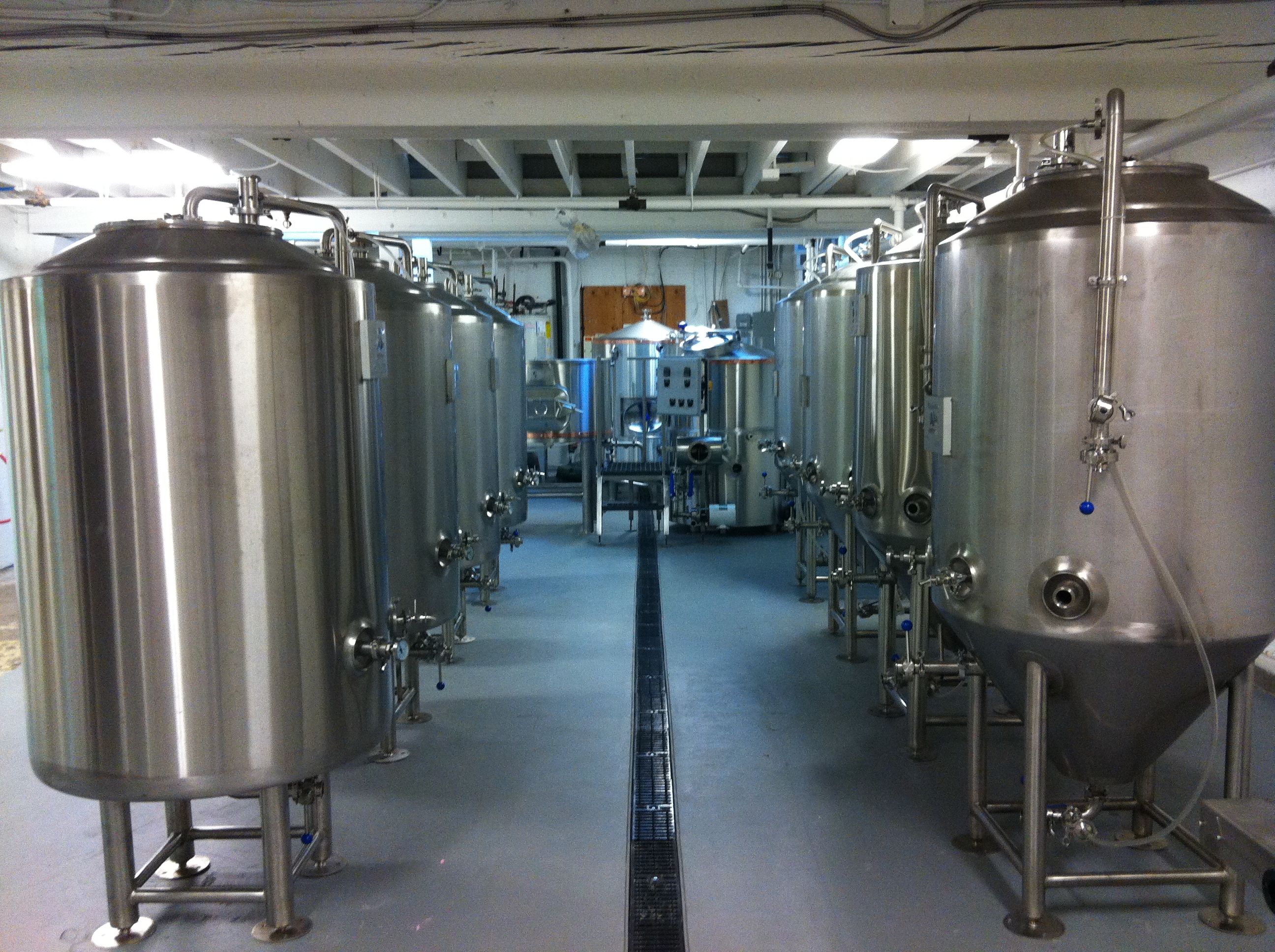 Sorry about the delay, lot’s of stuff going on!

Anyhoo, as promised, here are some thoughts on our equipment install day.  It started out with a drive down to our vendor in Camas, OR, Global Stainless.  We got those good folks to load up the brewhouse and cellar tanks on to our friend Mark’s flatbed trailer (thanks Mark and Rob, we couldn’t have done it without ya!). Luckily it wasn’t raining and the flatbed was just big enough to fit all of the tanks! Next, we hit the road taking the tanks back to Vancouver.  We had nightmare visions of the tanks coming loose and spilling on to the freeway, so there was a lot of nervousness along the way.  We felt a little like Jed Clampett moving his family out to Beverly Hills! Once we got to the Brewery, then more fun ensued.  None of the doors were large enough to get the the tanks through, so we had to hire a glazier to remove one of the large windows on the side of the building.  No worries, right?  Wrong!  We were plenty worried!  If the window broke, that would have been a another few thousand shekels that we would have to pony up for a replacement.  In order to get the tanks off of the flatbed, we had to rent a crane.  With the flatbed/truck and crane, we had to take up a goodly portion of the block by the building, which meant that we had to get some permits from the City to take up the parking spaces and also to block off the sidewalk while we were working.  For a change, doing the right thing actually paid off.  A C-Tran stormtrooper stopped by and was about to tell us to move our vehicles and crane, until we showed him our permits, which caused him to walk away, sorely disappointed!

With the petty bureaucrat out of the way, we were able to start moving tanks.  This involved craning the tanks off of the flatbed to the open window, leaning the them through the opening, then pulling the tanks through to the taproom space. The next challenge was getting the tanks downstairs to the production area.  There was no way we could get them down the stairs, so we had  to have a hole cut into the floor (Shhhhh!  Don’t tell our landlord!).  The tanks were then winched into the basement. After repeating this procedure multiple times, we managed to get all of the tanks into the basement.  All in all it was one of our best days.  A lot of bad and expensive things could have happened, broken glass, dented tanks, electrocution, crushed feet, C-Tran citations, etc…but they didn’t!  If everything we did went this well, we would have been open months ago!  Nonetheless, you are thankful for these kinds of days!

Here’s what the production area looked like after we arranged all of the tanks.