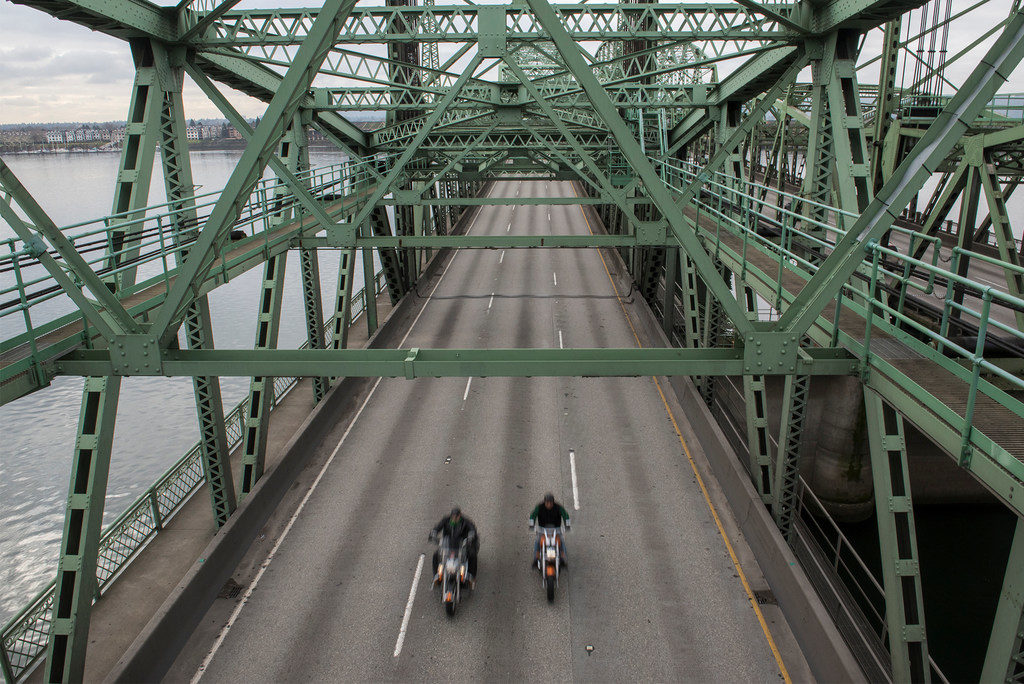 There are a lot of things county residents would like the proposed Interstate 5 replacement bridge to have – more travel lanes, a bike/pedestrian path, expanded capacity for rapid transit buses, etc. But there’s one thing the Clark County Council doesn’t want and that’s tolling.
On Tuesday, the council unanimously approved a resolution voicing its opposition to tolling along the I-5 and Interstate 205 corridor in the Portland metro area. The recently approved modified locally preferred alternative for the bridge assumes a variable rate toll will be put in place.
The council had several reasons for objecting to the tolling plan. According to the resolution, it has not been shown that tolling will reduce travel times for passenger or freight vehicles but could instead end up increasing those travel times. In addition, when combined with continued traffic congestion, tolling will result in more cars diverting to side streets.
It also states that the council understands that tolls may be necessary for large infrastructure projects but those tolls should be considered for the initial construction only and have a sunset.
During the meeting, Councilor Gary Medvigy said the tolling plan is not only controversial and unpopular, it will most impact “those that are least able to pay, additionally, for the use of their roads which tax dollars have already paid for.”
Medvigy also noted that collecting the tolls can be expensive and that would eat away at the funds going to pay for the bridge.
“As we talk about how our taxes are constructed and the most equitable way to do that … where you have a system in place that costs almost half of what it collects just to administer the program that’s just pure and simple wasted money,” Medvigy said.
Councilor Richard Rylander Jr. said a tolling plan would put “an unreasonable burden on the people who chose to live in Washington state.”
Rylander agreed any tolling plan should sunset after a specified period of time.
Although the county has no jurisdictional authority over whether tolling is implemented on the I-5 bridge, the council members said they hope the Interstate Bridge Replacement committee will listen those speaking out.
During public comment, Camas resident and former state legislative candidate John Ley said the county isn’t alone in its opposition and three out of the four metropolitan counties are now speaking out against the proposal.
“The Clackamas County commission is coming out against it and the Washington County commissioner Roy Rogers, who’s been a veteran of these many tolling discussions, is also aggressively speaking out against it,” Ley told the council. “You are in the majority and that is a wonderful place to be when you represent the people.”
— Shari Phiel