Go to Columbian.com
Confessions of an Educator

The Diary of a Young Girl: Censorship over Opportunity 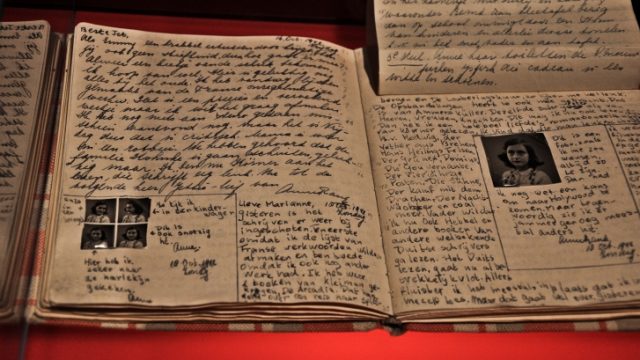 Anne Frank had a vagina—as does just about every other female on planet earth. I know, shocking, isn’t it? A young girl, who stays in hiding and has no access to the outside world, has to make discoveries about herself, and one of them just happens to be that her major sexual organ is an odd one.

In the Definitive Version of Anne Frank’s diary, the publishing company actually decides to give us the entire diary, and not simply the excerpts we get to read in the heavily abridged version of the text. Unfortunately, a few years ago, a mother in Detroit deemed this version as too “pornographic” for her daughter to read.

Her daughter, a seventh grader in a suburban school district, had to read about such disgraceful, sickening, horrifying events like the Holocaust, you know, the murdering of countless people … oh, and about a vagina. The mother felt as if it should have been her job to teach her daughter about such physical traits. She’s right. She should have taught her daughter about her body and it probably should have been done before her daughter was hitting puberty. I guess she missed the boat on that one, and since she couldn’t do it, her daughter had to learn about it from one of the most important and most read pieces of literature in any country.

Here is the excerpt from The Diary of a Young Girl by Anne Frank:

“Until I was eleven or twelve, I didn’t realize there was a second set of labia on the inside, since you couldn’t see them. What’s even funnier is that I thought urine came out of the clitoris…. When you’re standing up, all you see from the front is hair. Between your legs there are two soft, cushiony things, also covered with hair, which press together when you’re standing, so you can’t see what’s inside. They separate when you sit down and they’re very red and quite fleshy on the inside. In the upper part, between the outer labia, there’s a fold of skin that, on second thought, looks like a kind of blister. That’s the clitoris….

There are little folds of skin all over the place, you can hardly find it. The little hole underneath is so terribly small that I simply can’t imagine how a man can get in there, let alone how a whole baby can get out!”

During banned books week in September, my high school students were always shocked at how many books have been “banned” over time and the silly reasons why. Much like in the time of the great philosophers such as Plato and Socrates and Descartes and Aristotle, people are shunned from asking questions and wondering about society, and themselves.

My parents introduced me to books and movies with difficult subject matter when I was very young. They taught me all about the difference between what I see on the screen and reality. The same logic was presented to me when it came to books. Certain books dealt with subject matter that might be above my weekly two-dollar allowance, but my parents and I kept an open dialogue about what I was reading and it was always a learning environment. I wasn’t watching any sexy-time television (save for the grainy sometimes-maybe-boob porn of searching for the playboy channel); it was just that the stories may have been offensive in some way. But a lot of it revolved around my curiosity to learn about all different ends of the literary realism in which I swam—or at least semi-paddled—to knowledge.

My parents knew how to guide me through what I was watching or reading. I don’t really subscribe to the same ideas as my parents—I will not show my daughter anything questionable—but when we read books at bedtime, she asks a lot of questions, because she’s curious. Reading begets life experience. It helps us understand the crazy world in which we live. It also acts as the perfect escape, allowing one to move seamlessly into someone else’s existence.

My parents did not “ban me” from certain movies or books, but instead, talked to me about the text and made sure that I was not only comfortable with the material, but also for the sake of opening the doors of conversation.

Most of all, my parents talked to me about life stuff and they did it before I hit seventh grade. I wasn’t finding out about my sexuality through a book as a young teenager. They used their position as authority figures to read with me, discuss the material, and make sure that I wasn’t looking at anything that served as a detriment to myself or those around me. You know what they’re not doing? They’re not banning a book.

Life lessons come in many forms. For some, it’s staring into a mirror. For others, it’s speculating on life’s happenings. Most of all, it’s whatever the characters want it to be and they are mostly willing to take us by the hand and help us enjoy the conversation.

It’s banned books week, and I wonder more an more why we are still holding onto these titles as if they will forever scar our children. It’s unfortunate since a good portion of those texts are vital to the life experience, and it’s sad that some students will not have access to, or even know about so many poignant pieces of writing.

So, yeah, Anne Frank had a vagina, and that’s obviously the most terrifying part of her diary.

Originally posted on The Big Smoke