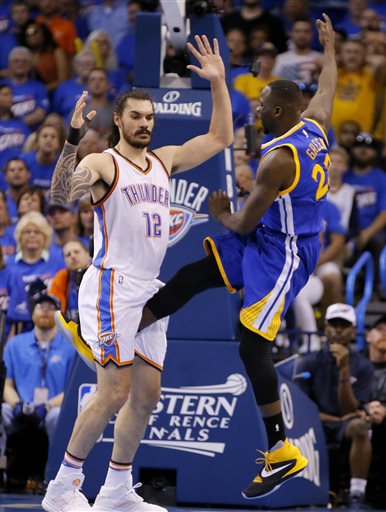 What’s that smell? A brush fire in Rome is threatening to bring down the empire.

Draymond Green was not suspended by the NBA for his kick below the belt on Oklahoma City’s Steven Adams. That surprised me, but it was ultimately the right decision. Sean Highkin and I returned with a new episode of our podcast before the decision came down and we came to find that the Warriors still have a lot of problems even with Green.

I’m just glad fake morality didn’t ruin my sports. The memories of the Amar’e Stoudemire/Boris Diaw suspensions that ruined a great series back in 2007 are still too fresh in my mind to accept that as a just end. And now Draymond is a flagrant foul away from being suspended, so he’s still thin ice as it is.

Are the Thunder just better? Is their size and combination of star power with Westbrook and Durant the recipe to knock them off? I’m starting to think so. Sean disagrees.

We also joked about the alternate timeline where the Raptors win the title and then the Raptors won Game 4. Are we living in that timeline right now?

We’ll have another episode coming soon now that we have a suddenly compelling final 4.

And as always, we checked in on our favorite reality shows in the league including some epic plot twists on The Real Lakers of New York. I wonder what Jeff Hornacek and Phil Jackson talked about during that peyote trip.