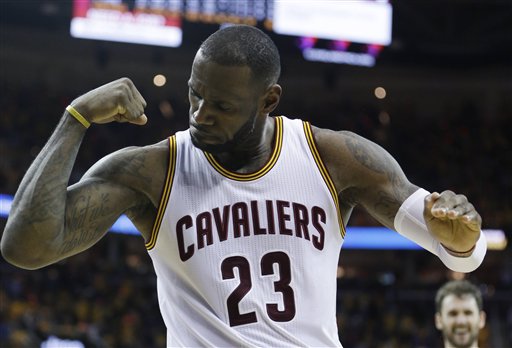 Round 2, possibly the best time of the year to be an NBA fan, will be fully underway this evening when Game 1 of the Heat and Raptors at 5 PM tonight. Sean is now back in Chicago but we reunited to bring you all another episode to talk about the playoffs and the important news of major casting changes on the “Real Lakers of Los Angeles,” with the addition of new head coach Luke Walton.

We started the podcast discussing the major reality TV news on the “Real Lakers” and then moved on to discuss the remaining head coaching openings. We’ve heard that every prospective coach under the sun will be interviewed by the Kings, but we have our own preference for who we want to be the new face of “Love & Hip-Hip: Sacramento.” We also discussed the report from The Hollywood Reporter that “Space Jam 2” with LeBron James is in the works, but a report from Brian Windhorst says that a deal with James is not yet in place. Which is good, because he still has a contract to finish out on “Keeping Up With the Kavs.”

The second half of the podcast, where we get into a more serious discussion of the playoffs, starts at around the 24-minute mark. We recapped the end of the first round and talked about the first round of second round games. We recorded before Thunder-Spurs Game 2 but both of us expected Oklahoma City to be better, which they were, even though they won in ridiculous fashion.

I gave my beat writer perspective on Blazers-Warriors Game 1 and then we analyzed the two second round match-ups in the East. Game 2 of that series is at 7:30 Tuesday on TNT and Game 1 of Miami-Toronto is at 5.