Shootaround notes: Slowing down Clippers bench atop list of priorities for Blazers 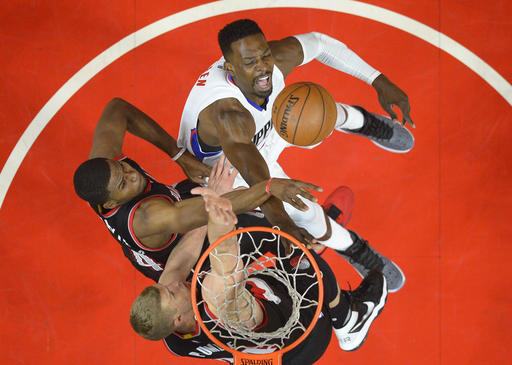 As the Trail Blazers went to shootaround, they all seemed to sense the urgency of the moment heading into a must-win Game 3 down 0-2 to the Los Angeles Clippers in the best-of-seven first round series.

They were able to escape in a day of the process and the CJ McCollum celebration but Saturday morning, they felt the urgency.

“It’s an important game, I think the main thing for us, and I told the team, we can’t take for granted just because we’re home,” head coach Terry Stotts said. “Every series gets more intense and we have to make it a series tonight. ”

The Blazers have also mentioned, especially Stotts and Lillard, that they can’t afford to take coming home for granted. They know better than anyone after losing their last two Game 3’s.

“I’ll mention it but I don’t even think guys are looking at it that way,” Lillard said of past Game 3 struggles. “For us it’s ‘We just got to win Game 3.’ We excited to be back in front of our home crowd but we gotta have this game. It’s rare for teams to come back from 3-0 so we got to take care of tonight.”

The Clippers bench has done a good job of making the spread in this series the fourth largest of the eight series. Even though this series had hopes from many to be the most competitive one in the Western Conference it hasn’t even been in the top half of the most competitive series’ so far in terms of net-rating. The Clippers bench has outscored the Blazers reserves 76-52 and Austin Rivers in particular has sliced and diced the Blazers defense.

Stotts talked about how he liked having more length on Paul for both individual defense and team defensive purposes. I wrote that the Blazers should consider doing the same thing with Rivers on the second unit.  But while he did not discuss scheme, he did indicate that the Clippers bench will be higher on the list of priorities in Game 3.

The Blazers have lost both games by more than 20 points and have a -21.7 net-rating but they aren’t panicking and have reason to believe that some small tweaks, along with the important detail of making wide open shots, will help them even this series.

The Blazers haven’t stopped talking about the missed shots and while they know that isn’t the only thing they can do better, they’re still not getting discouraged. At least Stotts is trying to make sure they don’t, especially when it comes the shooting of Al-Farouq Aminu, who has been left open more than any Blazer so far in the series.

“We’ve told all the guys that that’s who we are,” Stotts said. “We wouldn’t have had the season we’ve had and Chief primarily at the end of the season was shooting the ball really well for us. Two games is nothing.”

“He’s an integral part of what we do,” Stotts said of Aminu. “I think what we have to realize that Dame and CJ will be the priorities that there will be opportunities we have to take advantage of.”