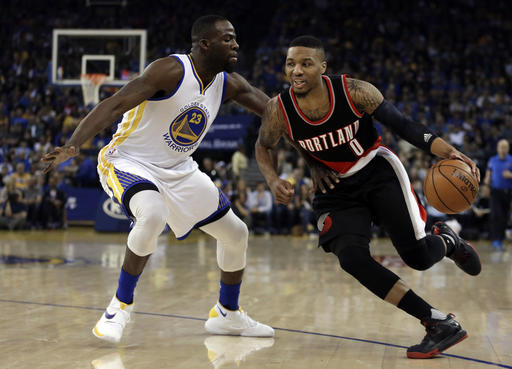 On an NBA-less Monday we bring you a new episode of the Bulls vs. Blazers NBA Podcast where Sean and I actually talked about the two teams we cover on a regular basis. Things are getting interesting for the Blazers and the Bulls right now and both teams just played in back to backs. Sean was with the Bulls in Chicago and in Milwaukee over the weekend. The Blazers are a 1/2 game back of the Grizzlies for the fifth seed in the West while the Bulls are two games out of the playoffs in the Eastern Conference.

We discussed the Blazers chances in a potential series against the Clippers, which seems imminent. There was also some news last week that the Bulls may be interested in trading Jimmy Butler. We get Sean’s take on how viable he thinks a trade of Butler would be and whether they would really look to move their best player.

We also briefly touched on the news that 19-year old Thon Maker will skip college and declare for the 2016 NBA Draft. Maker is on the World Team for the Nike Hoop Summit in Portland this week. It will be interesting to see how he’s improved. We will talk more about him declaring for the draft and what it means later on in the week.