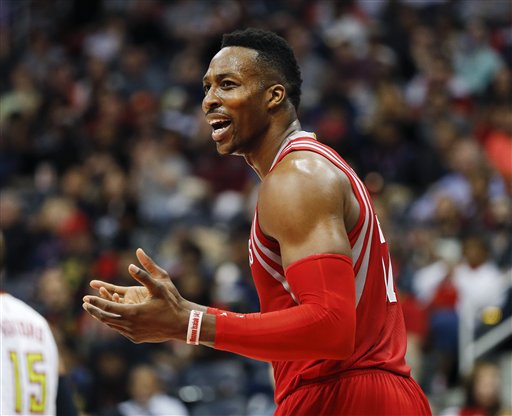 They didn’t want us to podcast. They stole my microphone. They played themselves. We didn’t let a little theft stop this groundbreaking season for The Bulls vs. Blazers Network of reality television shows and the greatest storyline of the season. Yes, that would be the Dwight Howard Stickum Saga in Atlanta over the weekend. If you didn’t hear, Dwight was caught becoming the NBA’s version of Rasheed “Hot Hands” Hanon. Shout-out to all the Little Giants fans out there.

We also talked about real basketball, including the fantastic Warriors-Spurs game. Spoiler alert: the demise of LaMarcus Aldridge in their first meeting was greatly exaggerated and Pop made me look pretty smart. And please, forgive the sound quality for a little while I wait on a new microphone.

We also discussed the Pelicans shutting down Anthony Davis. We talked about what that means for the USA Basketball roster ahead of this summer’s Olympics in Rio De Janiero, Brazil and the impact it could have on the Derrick Rose Rule bonus that he is eligible for if he makes one of the three All-NBA teams.

As always you can follow the Bulls vs. Blazers NBA Podcast on Soundcloud, iTunes, or Stitcher Radio. Leave us a five star review. Thanks for sticking with us.