The Scouting Report: at Indiana Pacers 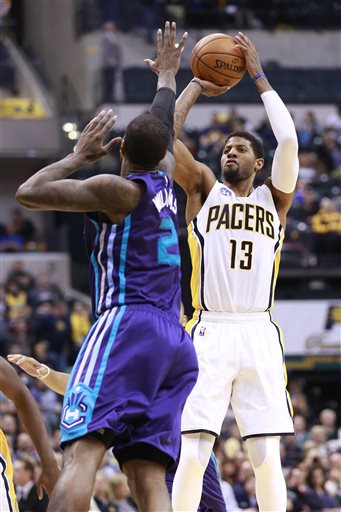 The Indiana Pacers resurgence has been one of the few uplifting stories in the league this season. While there could have been reason to be optimistic with Paul George and head coach Frank Vogel there. However, nobody could be quite sure what to expect from Paul George who came back to play a few games at the end of last season and was carried off the court after the last game of the season.

But George is as good as he’s ever been and the Pacers transition to the fast-paced NBA game of today has been rather smooth. Once one of the league’s slowest teams, the Pacers are 8th in the league in pace and are in prime position to make it back to the postseason after missing it last year in the final game of the season.

With George playing such a big role, I expect that we’ll see more of Moe Harkless than we did on Saturday against the Bulls. Al-Farouq Aminu will have him for most of the game but Harkless is the only other Blazer that has the size and athleticism to match him. And there is a good chance players guarding George will accumulate some fouls.

Given the way teams have guarded Lillard and McCollum lately, and the duo had against Indiana, I would be surprised if they stuck Ellis on either one of them. George will likely have to be involved in guarding one of the two if the Pacers want to slow them down. Turner and Mahinmi can also defend the paint. Meyers Leonard could have a big role in this match-up if the Blazers don’t have success unclogging the paint.

The Blazers have to be on the look out for young Myles Turner, one of many excellent rookie big men in the 2015 draft class. Turner has range out to the 3-point line and has shown more confidence in that shot in recent weeks. But he’s given the Pacers another dimension with his athleticism and ability to change shots. He has a lot of potential and even though he makes mistakes young big men make, the plays he can make have been huge for the Pacers lately.

Ian Mahinmi has also improved quite a bit this season and has done a great job of replacing Roy Hibbert. He’s shooting 60 percent from the field while averaging a double-double as well as a block and a steal per game. George Hill has great size at point guard and Monta Ellis still has a little juice left off the dribble. And CJ Miles can get loose from the outside, but the Blazers may catch a break as he has missed the last few games with a calf injury.