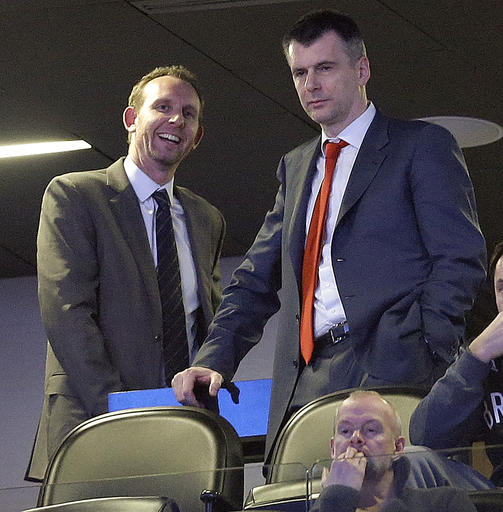 The Brooklyn Nets are one of the five worst teams in the league and if they end up the season that they’re on pace to have, they won’t even reap the benefits for their pain and suffering. As I’m sure you’ve heard by now, the Boston Celtics own the rights to Brooklyn’s first round draft pick this season.

What’s more is that the Nets owe the Celtics a pick swap in the 2017 first round and another pick in 2018. So, although there is a lot of talk about hope and the future with after hiring General Manager Sean Marks away from the Spurs, there isn’t a whole lot of stuff that they can do to make their fans feel hopeful for the future.

It’s a shame for players on the team, such as Brook Lopez or Thad Young who are having excellent seasons and are just good enough to win the Nets some games. Although the Blazers are much better team than Brooklyn, they’ve shown that they can sometimes get exposed by gifted scorers on the block, especially ones that make quick decisions. Lopez is one of those players and while he does have a bruising post game, he mixes it up with pick and pop jumpers and enough movement to keep you off balance. Just the mere threat of mixing it up makes him more threatening than more gifted scorers.

The Blazers need to make Lopez priority No. 1 defensively. We saw Jahilil Okafor go off on the Blazers during the same road trip where they beat Brooklyn and Lopez having a huge night is probably the only hope the Nets have of pulling this one out. Young brings a lot of versatility but the Blazers have the personnel to be comfortable in most any match-up.

Thomas Robinson will bring energy off the bench and the Blazers must beware of Bogdanovic launching from long range on their second unit.

The Nets defense is pretty suspect (27th overall) and if the Blazers can find the open spaces at the 3-point line that they were able to find at Barclay’s about a month ago, they should cruise to another win.