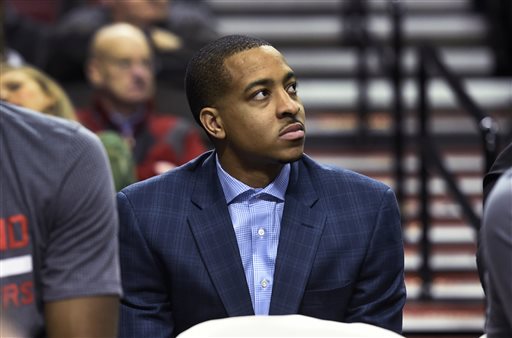 The Portland Trail Blazers 109-98 loss to the Los Angeles Clippers will likely go down as their most memorable game of the season. CJ McCollum was mistakenly placed on the inactive list before Wednesday’s loss and Terry Stotts and the Blazers did not realize the mistake until it was too late.

There also seems to be several other details to the story, not the least interesting of which involves the Clippers pleading their case to the league according to Ben Bolch of the LA Times. A couple of other reports suggest that Rivers was given the option to allow McCollum to play and declined, which explains this hilarious exchange between Rivers and McCollum after the game.

Rivers was asked after the game if the Blazers tried to change their line-up after submitting it.

“I think so,” Rivers said. “But once you make it, we made that error last year twice. It’s not our fault.”

Rivers repeated the same message several times: this wasn’t their problem, it was Portland’s. However, he did take the time to stump for change in the league.

“Bottom line is there just shouldn’t be an active list, ” Rivers said. “I’ve been fighting this for three years. I still want someone to tell me why there is an active list. We have guys who are healthy and we still have to tell them they can’t play.”

Mason Plumlee, who played extremely well with 19 points, nine rebounds and five assists in 25 minutes, thinks something should be done as well.

“I think if it was an honest mistake, no harm done he should be allowed to play,” Plumlee said. “It wasn’t like we were trying to pull one over on the other team like oh, he’s hurt and it wasn’t in the media that he wasn’t playing and then oh, here he is. But you know, maybe the league should look at that.”