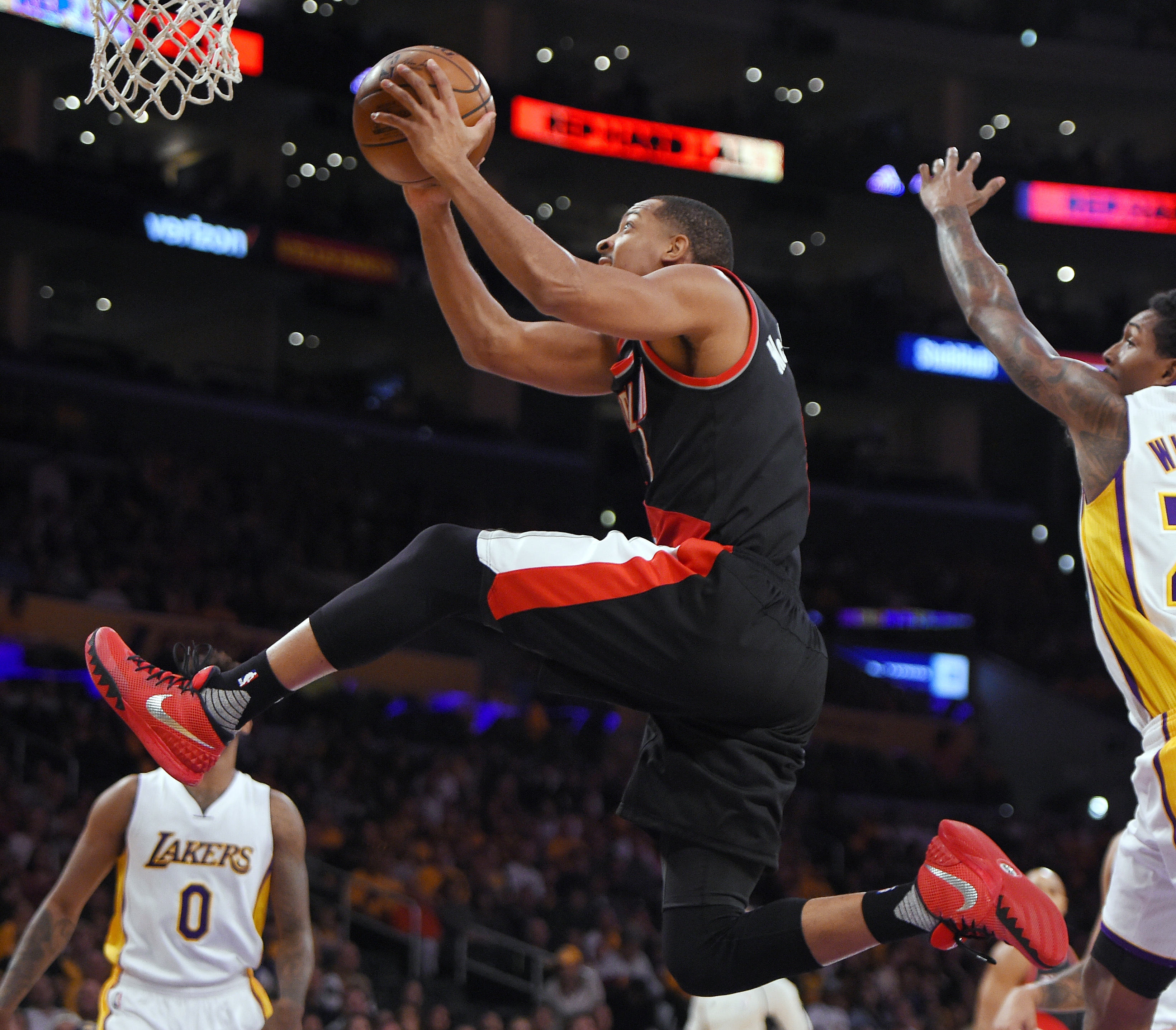 The Portland Trail Blazers never trailed, save for 32 seconds in the first quarter, in Sunday’s 107-93 win over the lowly Los Angeles Lakers. Portland’s Damian Lillard followed up a signature performance on Friday with another as he shined at Staples Center with 30 points and 13 assists. Lillard’s backcourt mate CJ McCollum had a nice game of 19 points, five assists and four rebounds.

This game was a nice follow up by the Blazers to Friday’s win against the Los Angeles Clippers at home. In many ways, this game represented the type of game that a young, talented team would lose. The type of game–like the Detroit Pistons found themselves in last week in the exact same spot–where you can let your guard down. The Blazers didn’t.

Lillard hit a 3-pointer at the beginning of the game off a pin-down and the Blazers never looked back. A pair of D’Angelo Russell free-throws gave the Lakers a brief 2-point lead but the Blazers tied it almost immediately and never trailed for the rest of the game.

It was a near wire-to-wire performance in a spot where teams like them usually let their guard down. Yes, it was the Lakers and their roster is built mostly on five score-first guards. One day, while Kobe can still play, Byron must trot out the Russell-Jordan Clarkson-Kobe–Lou Will–Swaggy line-up and kill analytics in basketball forever. If he doesn’t this will truly be a lost season for the Lakers. All jokes aside, the Lakers had nice moments in this game because they’re full of talent like Clarkson, Russell and Randle. But the Blazers looked like a veteran team against them tonight.

It started with Lillard, an outstanding effort which he sustained throughout the game. After going up against Chris Paul, the Lakers guards must have felt like a spa day. McCollum did his share of scoring and playmaking.

Mason Plumlee played pristine, turnover-free basketball while finishing with 17 points and 11 rebounds, his second double-double in two games. It isn’t always pretty with Plumlee, tonight was as good of a combination of smart passing and taking care of the ball as you can ask for. The Lakers may be the league’s least threatening team defensively, with Roy Hibbert no longer being the same ferocious anchor on the defensive end. The Blazers as a team had only 10 turnovers, which is nearly ideal by their standards so far this year.

It’s hard to find too much meaning in a game against the Lakers, though they did play their younger players like Russell more minutes than normal while not running Kobe’s minutes into the high 30’s. Jordan Clarkson got to his spots and hit shots. Kobe’s post-ups were rarely effective as the old desperado chucked up 22 shots, making only 6.

The Blazers did a good job of keeping the Lakers away from the rim, forcing them to win by getting hot from the midrange. The Lakers went 11-for-29 from the midrange, where they took more shots than anywhere else on the court.

The Lakers played into their hands, but the Blazers deserve a lot of credit for this one. After losing 7 straight, the Blazers are on a mini-win streak heading into Tuesday’s game against an experienced but vulnerable Chicago Bulls team at home.