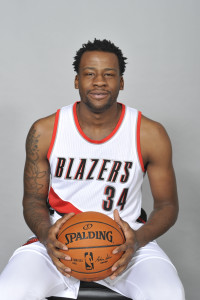 Portland Trail Blazers forward Cliff Alexander could be out for a while. Jay Allen of Fox Sports Radio 620 AM reports that the undrafted rookie big man suffered setback in his injured left knee and may require surgery.

In the past week, Alexander had been upgraded from out to doubtful in his return from a bone bruise in his left knee. However, it appears that the injury may be a little bit more serious. The injury kept Alexander out of the entire Blazers’ preseason and he did not dress for Portland’s season opener.

The Blazers signed Alexander in the summer and he made the team with a non-guaranteed deal, impressing teammates with his athleticism and finishing ability around the basket.

I guess we’ll have to see whether fans and media will ever be treated to seeing those skills on display this season.

There has not been an official update from the Blazers regarding his status.