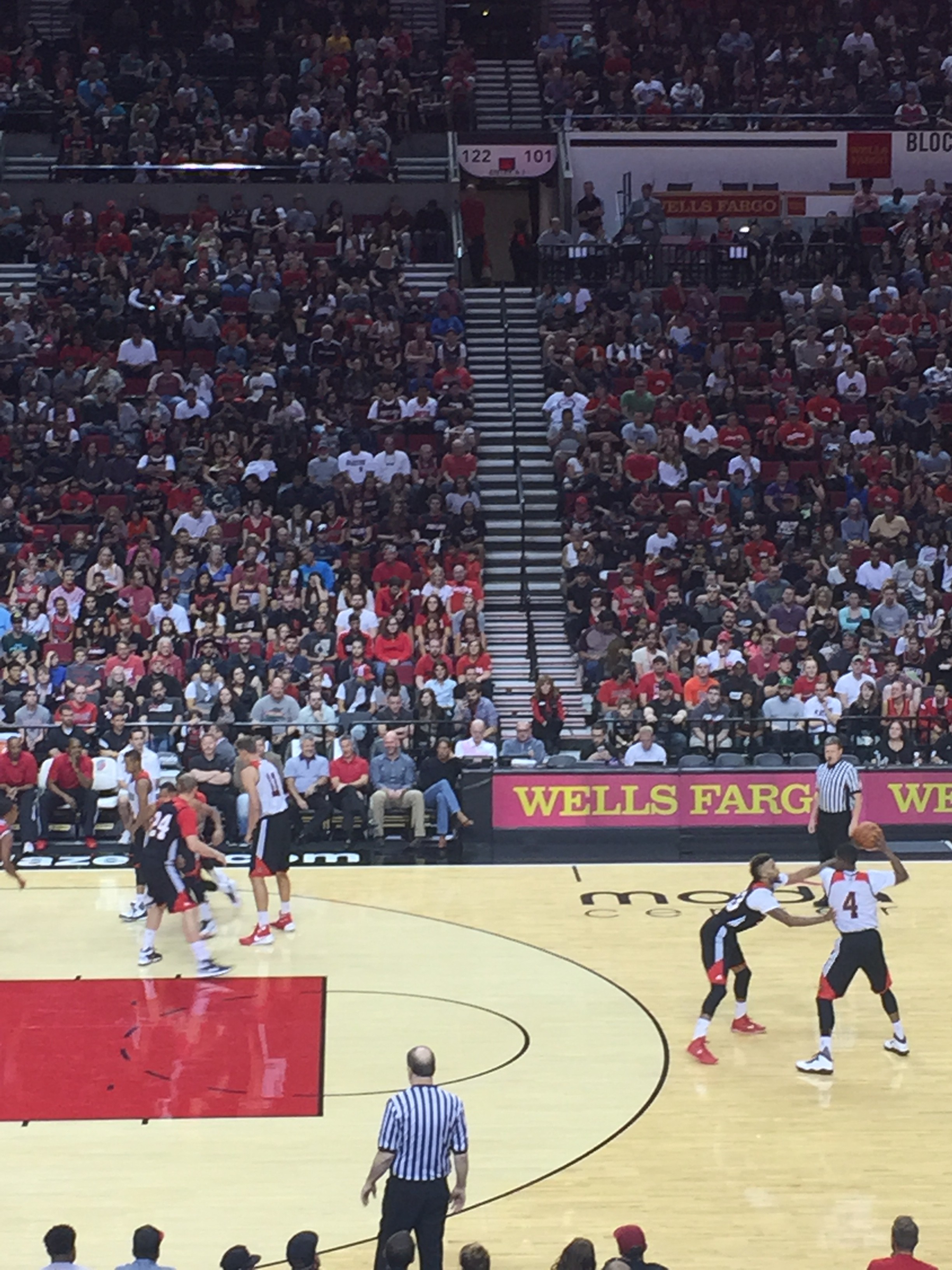 The Portland Trail Blazers kicked off the 2015-16 preseason with their Fan Fest intraquad scrimmage at the Moda Center on Sunday night. The White team, which featured CJ McCollum and Meyers Leonard won the game 31-30.

Damian Lillard, playing for the Black team, was voted the name’s MVP via fan voting. It was the second time he’s taken home the coveted trophy. McCollum was the game’s leading scorer with 12 points on 6-for-15 (!) shooting, clearly taking to his new role with no hesitation, even in a scrimmage.

Lillard sheepishly accepted the award, raising a fist in the air and giggling. Apparently Chris Kaman–who didn’t play due to “variety of injuries,” and just being a 12-year vet–didn’t let him live it down.

“Kaman told me it was a popularity contest, Kaman is always talking trash,” Lillard said.  “I think it was no one MVP out there.”

Lillard did have the most highlights, including a tip-slam which was improbably waived off by the game’s referees between quarters.

The night began with President of Basketball Operations Neil Olshey leading the team out of a tunnel, almost like a college football coach would led the team out before a game, with Damian Lillard following behind.

The teams were divided up via draft by the coaches.

Despite the poor outside shooting–both teams combined to shoot 0-for-21 from long-range–fans were clamoring for overtime and were excited to see their new Blazers. 13,934 fans turned out according to the Blazers organization.

It was not a pretty game, which of course, it’s preseason and the first time many of these guys have played in front of this crowd in a Blazers uniform.

The Blazers have gone through several days of two-a-days, which Lillard said contributed to the combined 0-for-21 3-point shooting night for both teams. The quarter-length was also cut down to six minutes, presumably to cut down on the minutes for everyone considering they have a preseason game tomorrow night against Sacramento.

Head coach Terry Stotts said that the shooting was an outlier and not something indicative of how the team will shoot going forward.

“It got a little ragged at times,” Stotts said. “Obviously we didn’t shoot the ball well. We were 0-21 from 3’s. It means  they’re going to be raining tomorrow.”

Stotts said that although the team didn’t shoot well and things devolved at times that he was still happy with their execution on the whole.

“You look at the offensive execution, I thought we ran our sets well,” Stotts said. “We executed offensively. We executed what we wanted to do, we didn’t give up a lot of easy baskets. It’s always difficult when you’re playing against yourself because when you do something well it means you did something not so well on the other side. But, for a night like tonight I thought it served it’s purpose.”

The Blazers collectively are excited to finally face somebody other than themselves.

“It will be good just to see where we are offensively and defensively against somebody else that may not defend the same way that we do,” Stotts said. “A lot of guys will be on the court. It’s difficult to have much continuity as far as the rotation goes. It’s hard for guys to maybe go into a rhythm because they’re not going to play the stretches that they usually do. But I like the preseason game because it’s a way to gauge where you are.”