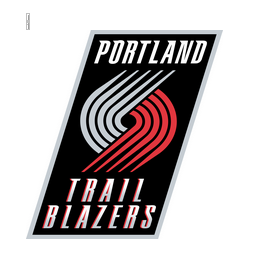 The Portland Trail Blazers have hired Ryan Podell from the Philadelphia Flyers of the NHL as the team’s new Sports Scientist, according to Blazers digital reporter Casey Holdahl. Podell was the Strength and Conditioning coach for the Flyers.

It is a new position and it would appear, he would work alongside Portland’s super-secretive Director of Player Health and Performance, Chris Stackpole.

Podell worked for the Flyers from 2011 to 2014 before coming to the Blazers in August. In particular, it appears that Podell is an expert on the Catapult monitor technology, which the Blazers players wear frequently in practice. Here’s a little example of what Podell’s role for the Flyers was like according to The South Jersey Courier-Post.

Before the players go out for practice, Podell sets up a sensor in the penalty box and opens his laptop as he sits at the scorer’s table.

What he sees probably looks like mass chaos. Each Flyer wears a transmitter, usually sewn into his shoulder pads, and Podell’s laptop shows the live data.

The system, from an Austrailan-based company named Catapult Sports, helps Podell see just how hard the players are working in practice. The transmitters help measure energy exertion and all that data is forwarded to coach Craig Berube.

“The strength coach does a very good job with all that stuff,” Berube said. “We communicate on a daily basis about practice and the length and the intensity and that kind of thing. It’s good stuff, really good stuff.”

For instance, when the Flyers recently had a five-day layoff, the data suggested the Flyers would be more efficient in their first game out of the break if they practiced long and hard two days before the game and had a lighter practice the day before the game.

The Blazers players frequently have things measured such as their balance on each foot as well as their exertion levels. It appears that this move will only enhance their training staff, which has tried to be on the cutting edge since the addition of Stackpole. Many around the league believe that player health will be, if it isn’t already, the next great edge that teams are trying to find over their competitors.

It looks like the Blazers are keen on not being left behind.

Here’s the release from the team on Podell’s hiring:

PORTLAND, Ore. (September 23, 2015) – The Portland Trail Blazers have hired Sports Scientist Ryan Podell to round out the team’s medical staff, it was announced today by President of Basketball Operations Neil Olshey.

Podell is responsible for collecting and managing all training information and data, and will work to create more efficient ways to develop players.

“Ryan is a great addition to our health and performance staff,” said Director of Player Health and Performance Chris Stackpole. “He will bring a very valuable skillset as we continue to develop athletes in new and improved ways. His ability to understand fitness, basketball and data will allow us to be more efficient with player training and performance.”

Podell joins the Trail Blazers after spending the past six seasons with the NHL’s Philadelphia Flyers, where he led efforts to become the first NHL team to utilize on-ice GPS tracking technology.