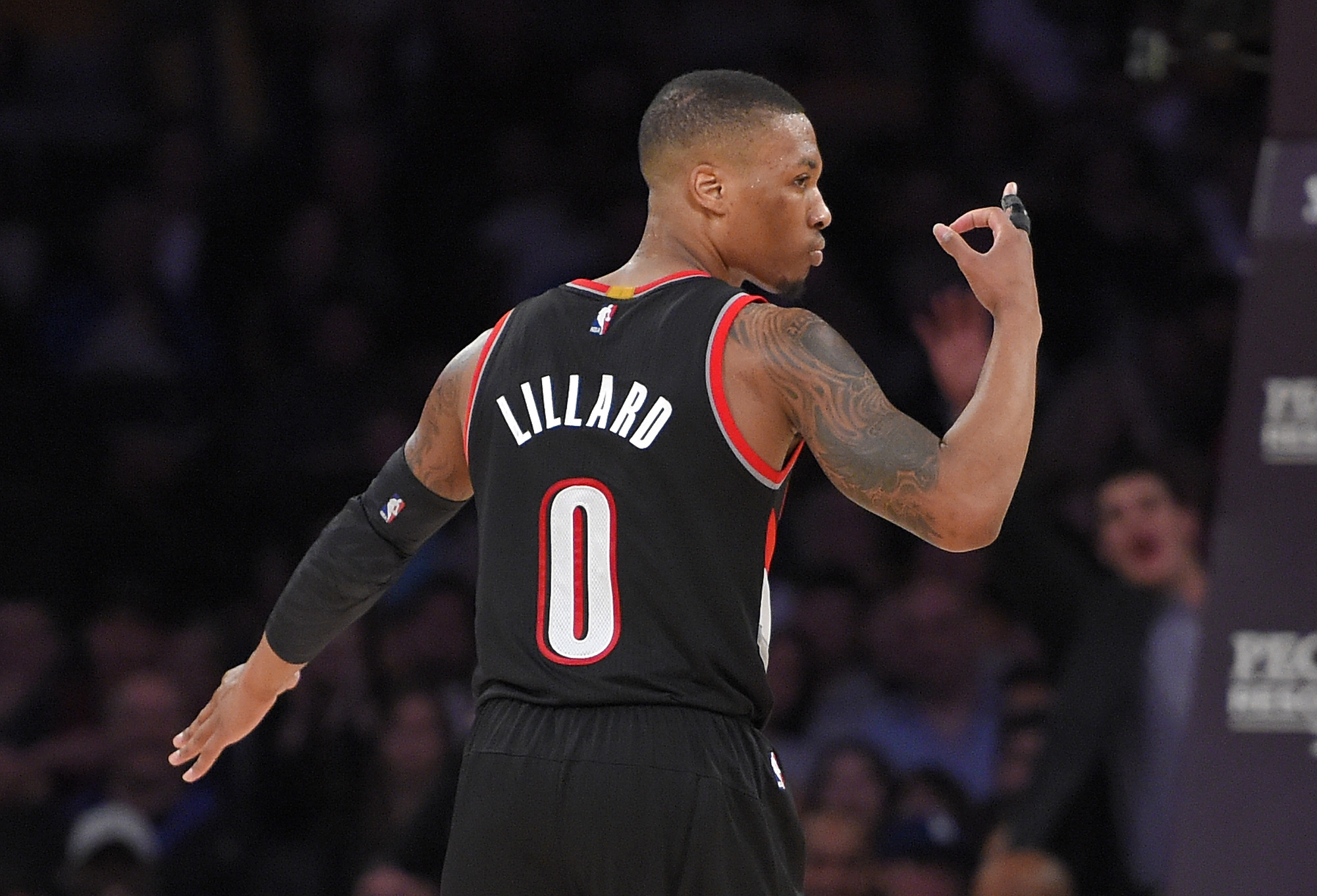 We had a lot of fun on the internet a few days ago with the release of the NBA LIve 16 demo and their hilariously bad player avatars. Of course, Damian Lillard has the highest player rating. Late last week the premier NBA video game, NBA 2K, released their point guard ratings. The game rated Damian Lillard as the No. 6 point guard in the NBA. Grizzlies fans and neutral observers could easily take issue with Conley being rated lower than Lillard given how he bested Lillard in the playoffs last year. However, that’s really splitting hairs. Lillard is in the ballpark of where he should be. Point guard is the deepest position in the league but Lillard really is in the league’s elite, and the 2K ratings reflect that.

And the players in 2K don’t look like they’ve been, as JJ Redick said, in Las Vegas for two weeks straight without sleeping.

New Portland Trail Blazers forward Ed Davis spoke with Brett Pollakoff for Fox Sports about his season last year with the Lakers and his new role with the Blazers. Davis discussed how the Blazers met his needs and how he fit Portland’s needs in free-agency.

I definitely considered going back to L.A., but it was just more whoever was going to be aggressive and whoever had a need for me. That’s why I wanted to go, I didn’t want to wait, wait, wait just because of the cap situation or whatever it was. I just wanted to be somewhere where they wanted me and needed me, and like I said, Portland was definitely that team.

Davis talked about how the Blazers are going to attack other teams and how they plan to stay in games. The key, Davis said, will be hanging around in games and trying to jump on Damian Lillard’s back late in games.

We’re a super-young team with a lot of young talent. We’ve got an All-Star point guard (in Damian Lillard) who will help us fight every night. When you have an All-Star, and especially a scorer like Dame, all we need to do is to keep it close until the end, and then get on his back and we’ll be fine. That’s going to be our main thing with all the games. We’re just going to fight hard and in the last two minutes, Dame’s going to take over and we’ll go from there.

It will interesting to see how Lillard does in clutch situations this season. The first two years of his career were an absurd display of clutch play. His clutch statistics his rookie season and his sophomore season were ridiculous, but had a hard crash in Year 3, as Ben Golliver noted in his write up on LIllard in Sports Illustrated’s Top 100 players.

Lillard is no doubt their best clutch option, but the returns have not been what they once where. Lillard’s clutch play will be something interesting to monitor, given the burden he will carry on a nightly basis. Will he bounce back to the elite numbers of his first two seasons? Or will his clutch shooting continue percentage suffer from diminishing returns?