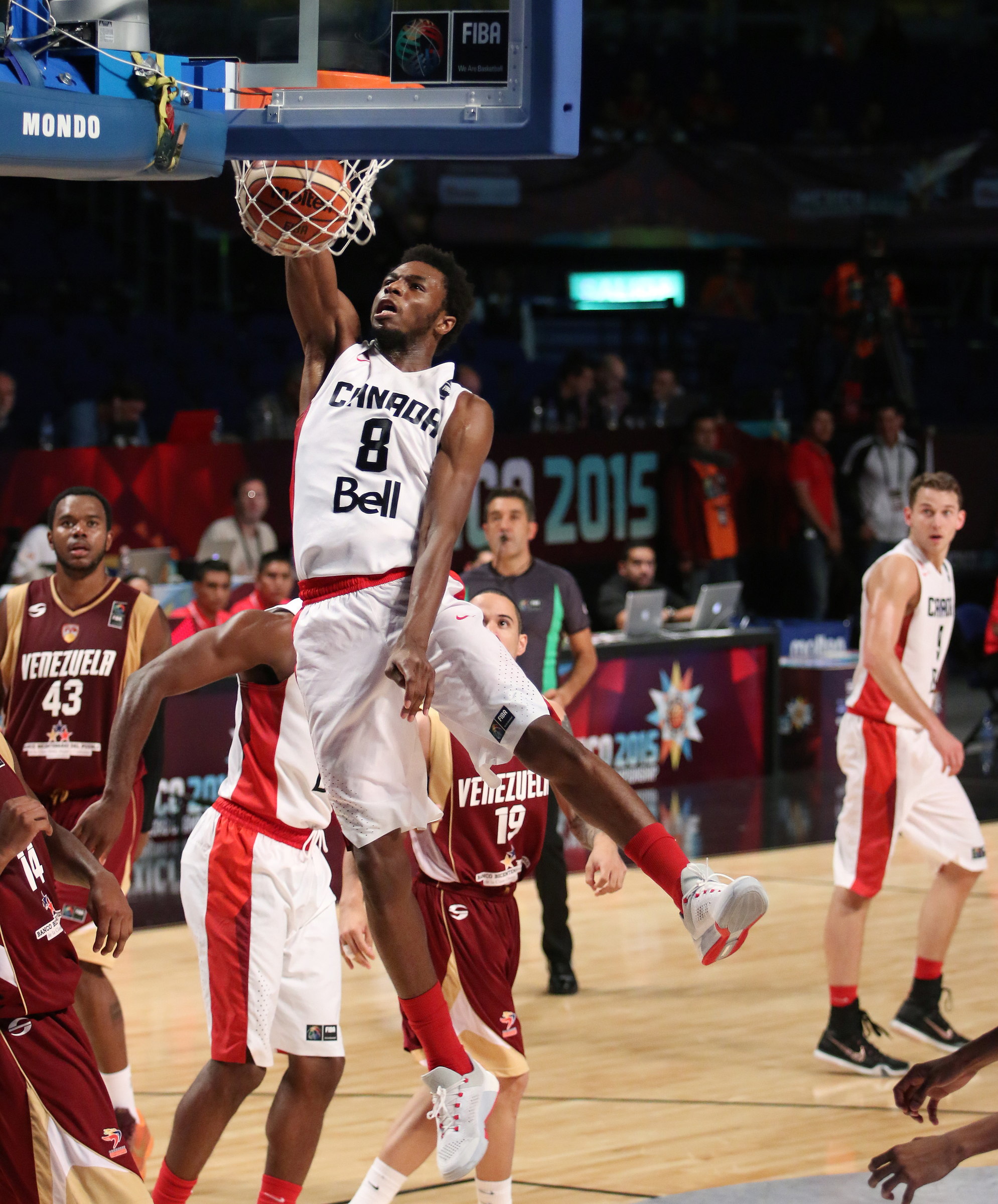 The Canadian National Team got their second straight victory as they continue their quest towards qualification for the 2016 Olympics in Rio. Jay Triano and his squad moved to 2-1 in group play in the 2015 FIBA Americas with an 82-62 victory over Venezuela.

[youtube http://www.youtube.com/watch?v=dCsvekslaPw]
The win sets up their final group stage game on Friday against Puerto Rico. The Boricuas, who are playing without Trail Blazers forward Moe Harkless, are 1-2 so far in the tournament and lost Wednesday against Venezuela.

The result wasn’t in doubt late in the game as they led by 15 after three quarters. Venezuela was let a lot of 3-pointers fly but didn’t hit enough to pull off the upset.

Nik Stauskas led the Canadians with 16 points on 5-8 shooting.

Kelly Olynyk led the Canadians in rebounds once again, grabbing 10 boards to go with 14 points.

Canada’s starters extended themselves significantly more than they did against Cuba on Wednesday. Nobody cracked 30 minutes.

Canada is now in second place in their group with 5 points behind Argentina, who are undefeated in their first three games and look like the team to beat in the tournament.

Canada plays their final group game on Friday at 4 PM. You can stream the game through the FIBA website http://www.americas2015.com or on WatchESPN.