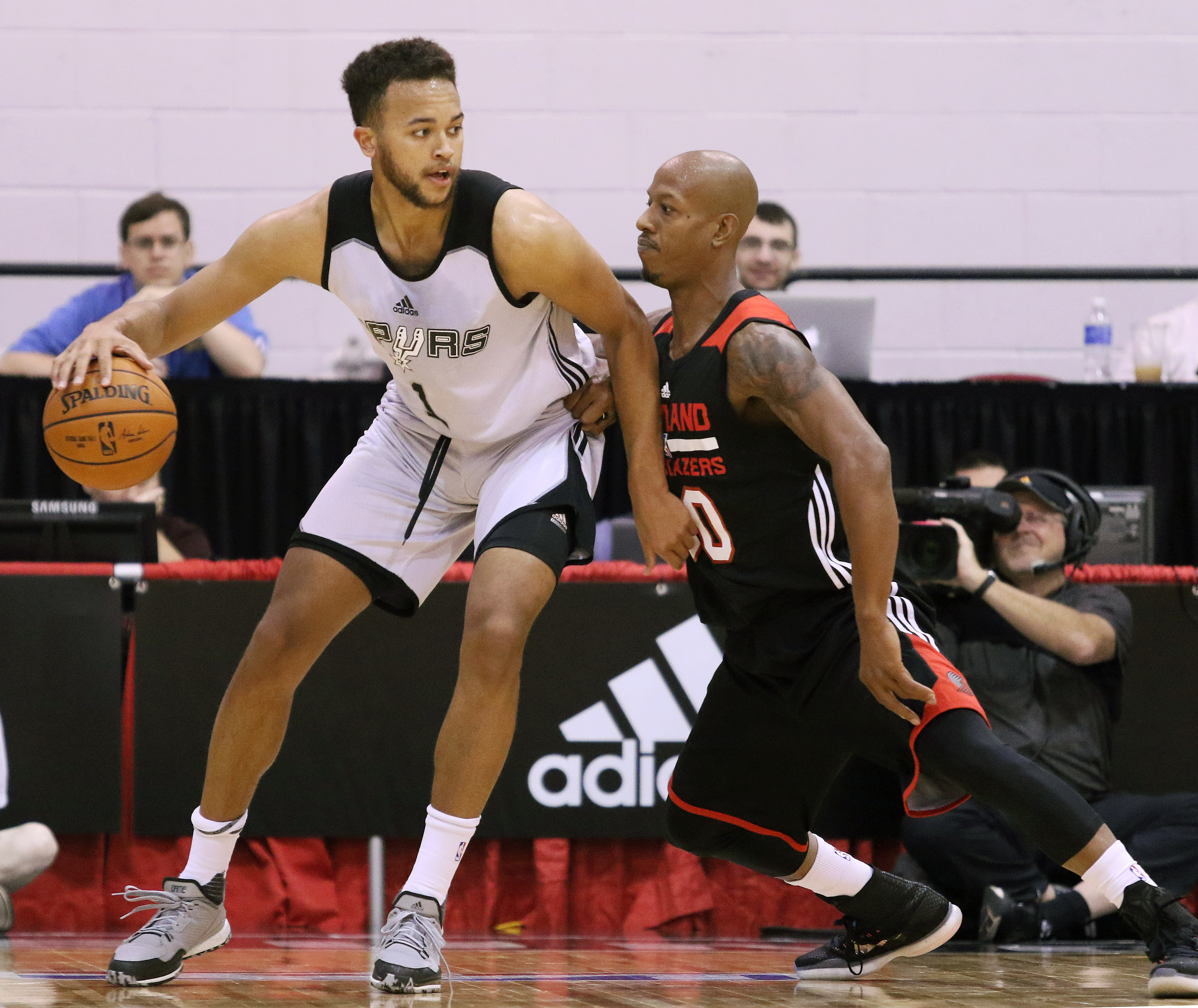 Perhaps because the noon tip-off was to blame but the start of Tuesday’s summer league game between the Portland Trail Blazers and San Antonio Spurs was an ugly affair. After slogging through the first 5 of 6 minutes the game picked up and the Blazers took the lead with their starters in the game. Tim Frazier continued to do everything, Pat Connaughton continued to play consistent basketball on the wing and Allen Crabbe scored efficiently for the second consecutive game. But again, the most important thing to watch this summer has always been and will be the development of Noah Vonleh. The second-year forward finished with 20 points and 8 rebounds. Vonleh continued to flash elite athleticism and wonderful ball-handling skills for a player his size. In the second half he flushed a pair of dunks including one off an alley-oop pass from Frazier. Vonleh also showed that he can take what the game gives him, making a beautiful pass to an open Daniel Orton. It’s summer league, so everything should be taken with several spoonfuls of salt. But the Blazers have been undeniably better with Vonleh on the court in Las Vegas. Unfortunately the NBA does not keep on-court/off-court stats for summer league. The question will be how much of Vonleh’s skills will translate to the regular season. But in summer league there can be major positives found in how explosive he is and how much better he makes his teammates. Vonleh had a brief scare when his right knee was getting checked out by Portland trainers but he eventually re-entered the game. Vonleh told reporters that he felt some pain in the knee but that putting a heat wrap on the knee helped loosen up the knee. It’s good that Vonleh is okay because his play has been the unequivocal bright spot of this entire summer so far for Portland. They did just get Moe Harkless for basically nothing. But Vonleh’s play on both ends has been very solid in Vegas. The Blazers lost the game, mostly because their bench didn’t play very well, outside of Malcolm Thomas who has been pretty good all week. He and Vonleh closed the game together in the front court. The Blazers dominated in points in the paint and had a +10 advantage on the glass. Sounds weird for a Blazers team to do that after these past few years. But their outside shooting killed their chances to win. Vonleh made Portland’s only 3-pointer of the game as the team went 1-for-13. Portland was in it until the very end, though. The Blazers drew up an out of bounds play for Connaughton to get an open look from midrange to tie the game, but he missed. The Blazers are now 1-2 in Summer League heading into the tournament portion of the event. Other notes