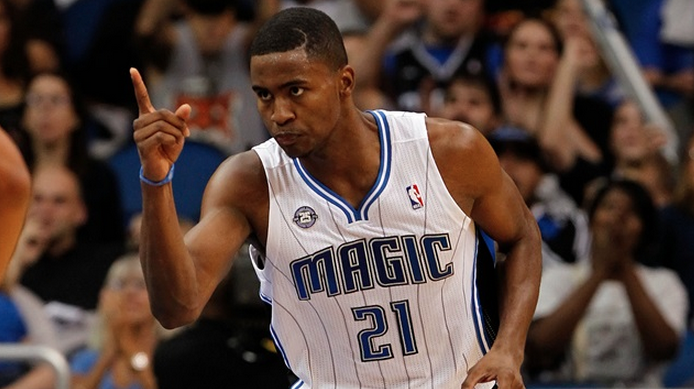 A few days ago it was reported that the Portland Trail Blazers had acquired Orlando’s Maurice “Moe” Harkless for a future second round pick. Today, the Blazers and the Magic both officially announced the trade. And the future second round pick could also not even be that. The Blazers announced that the future second round pick in 2020 is protected from picks 31-55. So unless Portland has one of the five best records in the NBA in 2020, they won’t have to give Orlando anything in return. “We are excited to add Maurice to our talented core of young players,” said President of Basketball Operations Neil Olshey. “His best basketball days are ahead of him and we look forward to guiding his development.” Harkless was on the Magic after being traded from Philadelphia in the great Dwight Howard trade of 2012. Harkless had the worst of his three pro seasons last year in Orlando. His availability was affected by injuries and then interim coach James Borrego rarely played him. His first two sesons he had at least found some regular minutes in the rotation. In 2013-14 he shot 38% from the 3-point line. But last season his minutes took a precipitous drop, as did his 3-point percentage, going south of 18 percent. Only 22 years old, Harkless can cycle between both forward positions. Possibly even two guard if Portland wants to go with a lot of big wings. Defensively, the Blazers could be an intriguing group if they commit to playing small ball. The Blazers now have at least two forwards who can swing between both forward positions in Harkless and Aminu, a luxury they didn’t have in past seasons. Obviously they are missing a lot of star power, but they are very versatile. Harkless has the chops and the skills to become a reliable 3-and-D player. But for some reason, he never got a real shot in Orlando. After he was drafted, the team traded for Tobias Harris and then drafted Aaron Gordon, who rotates around the same position Harkless plays. Harkless seems excited about the opportunity.

With that being said I’m more than excited to embark on this new chapter of my career in PDX!! Great organization with great fans! #ripcity