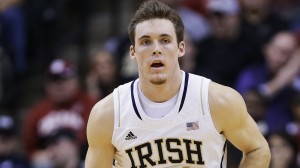 Notre Dame forward Pat Connaughton in the first half of an NCAA college basketball game against Indiana in Indianapolis, Saturday, Dec. 14, 2013.