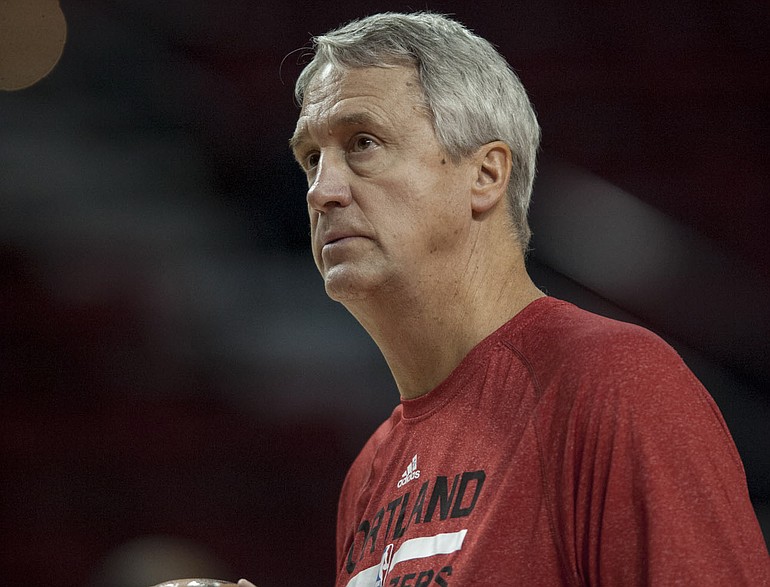 The fallout of LaMarcus Aldridge’s departure from the Trail Blazers continues. The Blazers have fired assistant coach Kim Hughes–the team’s big man coach–who was in the news this week when a video from a Terra Haute, Indiana TV station surfaced where he said the team “lost LaMarcus Aldridge.”

The firing comes after Aldridge announced his decision this morning via twitter that he would be playing for the San Antonio Spurs.

“People don’t realize, we just went young,” Hughes told WTHI when talking about the vision of the team. “We didn’t publicize it, but we lost LaMarcus Aldridge. It hasn’t been declared yet, but I’m sure he won’t come back. ”

Jason Quick of The Oregonian has comments from Blazers President of Basketball Operations Neil Olshey on the firing of Hughes.

“We can confirm Mr. Hughes is no longer with the team,”  Neil Olshey, Blazers president of basketball operations, said on Saturday. “It is our policy to otherwise refrain from commenting on personnel matters.”

It has been a wild day for the Blazers, all the while you’ve hopefully been enjoying some BBQ.

A source told Blazersedge.com that LaMarcus Aldridge’s comments where he stated his desire to be “the Best Blazer Ever” were an idea cooked up from the front office.

Jason Quick outlined wrote about the headache that Aldridge was in the Blazers organization.

And John Canzano wrote about why fans shouldn’t blame Aldridge for the decision he made, which in basketball sense and the personal sense, was the smartest for him.

We wrote a profile on Hughes and how he had been like a father figure to Portland’s big men, like Meyers Leonard. Hughes was also very important to Blazers big man Chris Kaman earlier in his career.