Report: Blazers did not offer Wesley Matthews a contract 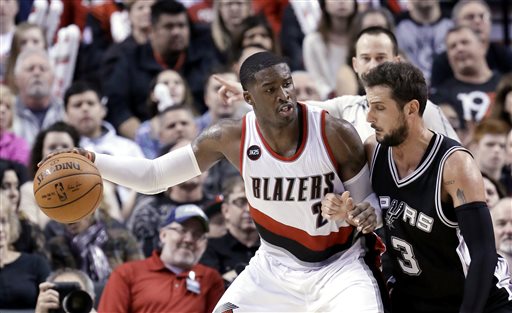 The Portland Trail Blazers have broken up the band. Wesley Matthews is on his way to Dallas and Robin Lopez on his way to New York.

The organization is still publicly holding out hope that LaMarcus Aldridge will return and that Damian Lillard can make a heroic effort that looks more and more like The Bay of Pigs than anything else more heroic.

Matthews suffered a devastating achilles injury back in March and the Blazers were up close and personal for the most grueling part of his rehabilitation. It’s very interesting that they didn’t even consider Matthews coming back and perhaps the price was too high. But Matthews’ biggest concern wasn’t just money because if it were, he would have taken the $64 million from the Kings.

Is this another sign that the Blazers knew Aldridge wouldn’t come back and that they wouldn’t look to get the band back together and use the bird rights they had on all their players?

The evidence has mounted over the last week-plus that the team entered free-agency under the assumption that Aldridge wouldn’t return.

It certainly looks like we are crossing some t’s and dotting some i’s from having a brand spanking new fresh start in Portland.

But, as Blazers fans, how do you feel that the Blazers didn’t bother to bring back the Iron Man?