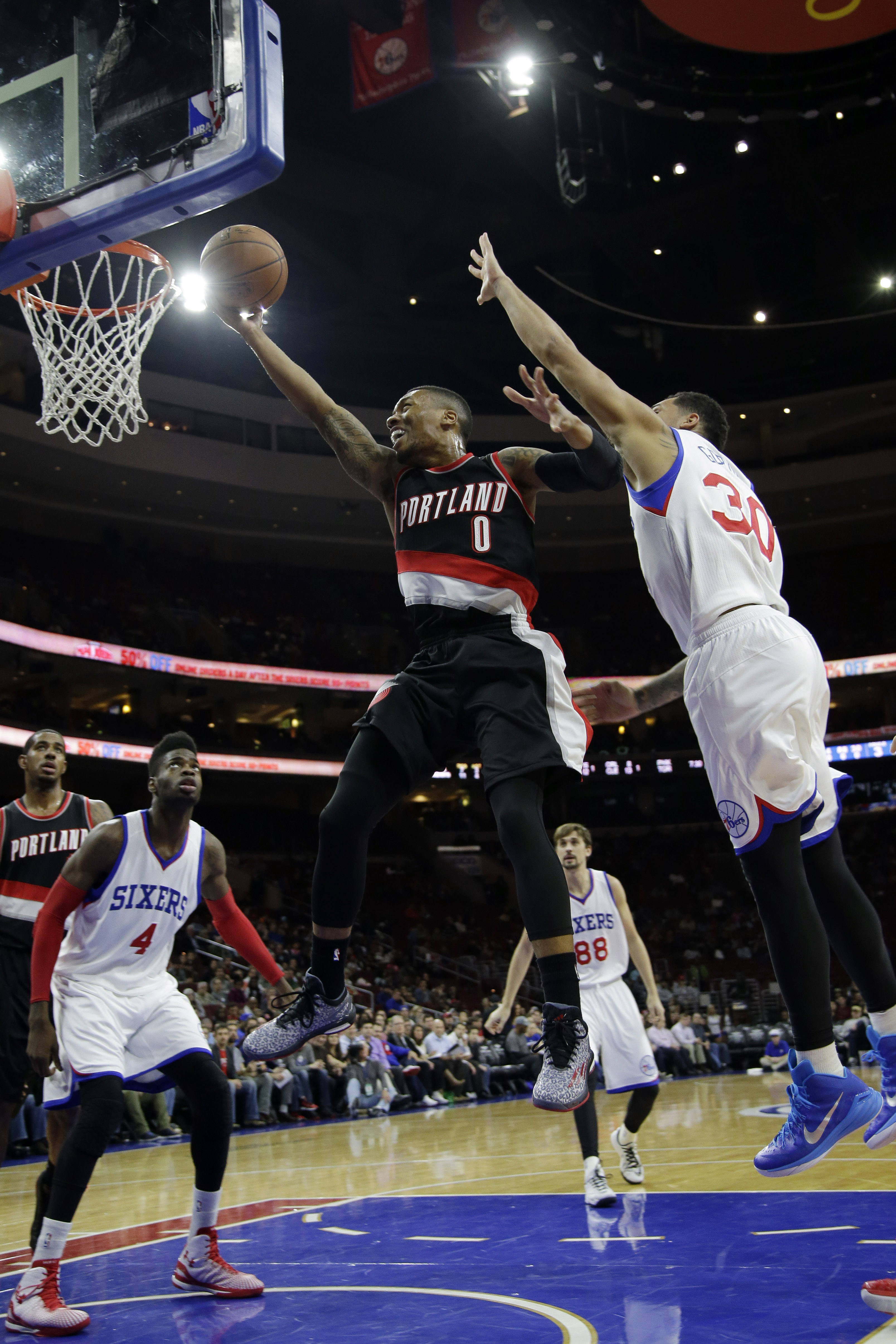 The Portland Trail Blazers have had a slew of second round and even likely to be un-drafted talent come through the doors of their practice facility in recent weeks. And though they do not have any second round picks, they could be getting couple according to Alex Kennedy of Basketball Insiders.

On Tuesday morning, Kennedy tweeted that the Blazers and Philadelphia 76ers–owners of four second round picks in Thursday’s draft (and approximately 700 more in the future)–are discussing a trade of picks where the Blazers would end up with No. 35 and 37 picks in exchange for Portland’s No. 23 pick.

UPDATED June 24 10:34 PM: Keith Pompey of the Philadelphia Inquirer reports that the Philadelphia 76ers would like to select Rashad Vaughn from UNLV with the No. 23 pick if they acquire it in a trade with the Portland Trail Blazers.

According to league sources, the #Sixers are considering taking Rashad Vaughn with 23d pick if they’re able to get it in a trade w/ Portland

The Blazers would have no other way of getting into the second round of the draft other than a trade. They’ve had players like Dakari Johnson of Kentucky, Richaun Holmes from Bowling Green and Indian big man Satnam Singh in for workouts, all of whom project to be second round picks according to DraftExpress.com.

Of course, the allure for the Blazers of loading up on second round picks would be to load up on players that are not on guaranteed contracts that would count against the cap. With the status of key players on the roster in flux and veterans like Arron Afflalo and Joel Freeland presumably on their way out, second round picks would be the most cost-effective way to fill the roster. It would also help the Blazers maintain flexibility without having a first round guaranteed contract.

Kennedy also hinted that the Blazers could possibly get more in return from Philadelphia. The Blazers cannot trade their pick until the draft begins as they traded their 2016 first round pick (lottery protected) to Denver.

The NBA draft is Thursday at 4 PM on ESPN.