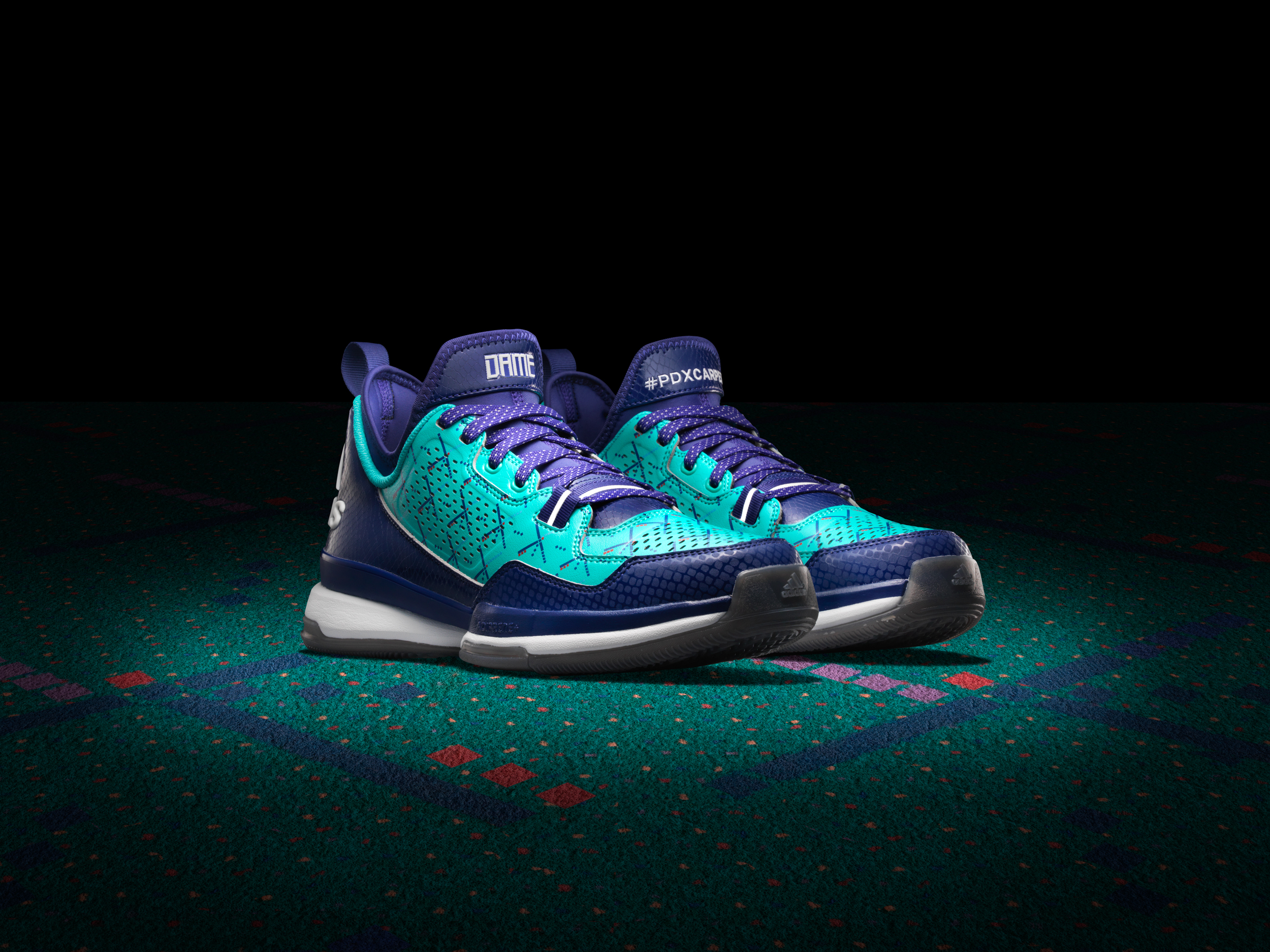 Portland Trail Blazers point guard Damian Lillard and adidas announced the release of yet another version of his first signature shoe, the DLillard1.

A PDX Carpet version of the DLillard 1’s will be released this Saturday, May 23, for $125. Today the brand released visuals of the shoes and a promotional video shot in the Portland International Airport baggage claim.

You can purchase the PDX Carpet DLillard 1’s in the Portland area at the Foot Locker at Washington Square Mall this Saturday, which is the only place in town you can cop them per the release from adidas. They will also be for sale at Eastbay and adidas.com if you want to try and get your hands on them without making the trip to the mall.

Portland inspiration can be found all over Lillard’s shoes and other Lillard adidas gear. He played a lot of games in his Portland-inspired Rose City shoes. And now, after rumors of another Portland-inspired shoe swept the internet, adidas and Lillard officially released a PDX Carpet version of the shoe. Another view of the shoe and a PDX Carpet Lillard t-shirt.

The PDX Carpet has become something of a cultural phenomenon not just in Portland, but everywhere. The carpet’s popularity and removal has gotten coverage everywhere, from the New York Times and the Wall Street Journal.

Lillard and adidas are are latching on to the cultural phenomenon to make another version of the shoe. Lillard has already released other Portland shoes and has also released Weber State colorways. Many of his shoes retail for $105, including the original DLillard1 colorway.

Photos leaked last week of a Lumberjack looking DLillard 1 that also has Portland inspiration with 503 written on the back heel. There has been no news of a release for those.