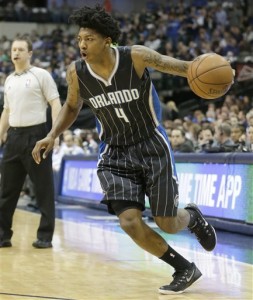 Orlando Magic guard Elfrid Payton dribbles during the first half of an NBA basketball game against the Dallas Mavericks Wednesday, March 18, 2015, in Dallas. (AP Photo/LM Otero)