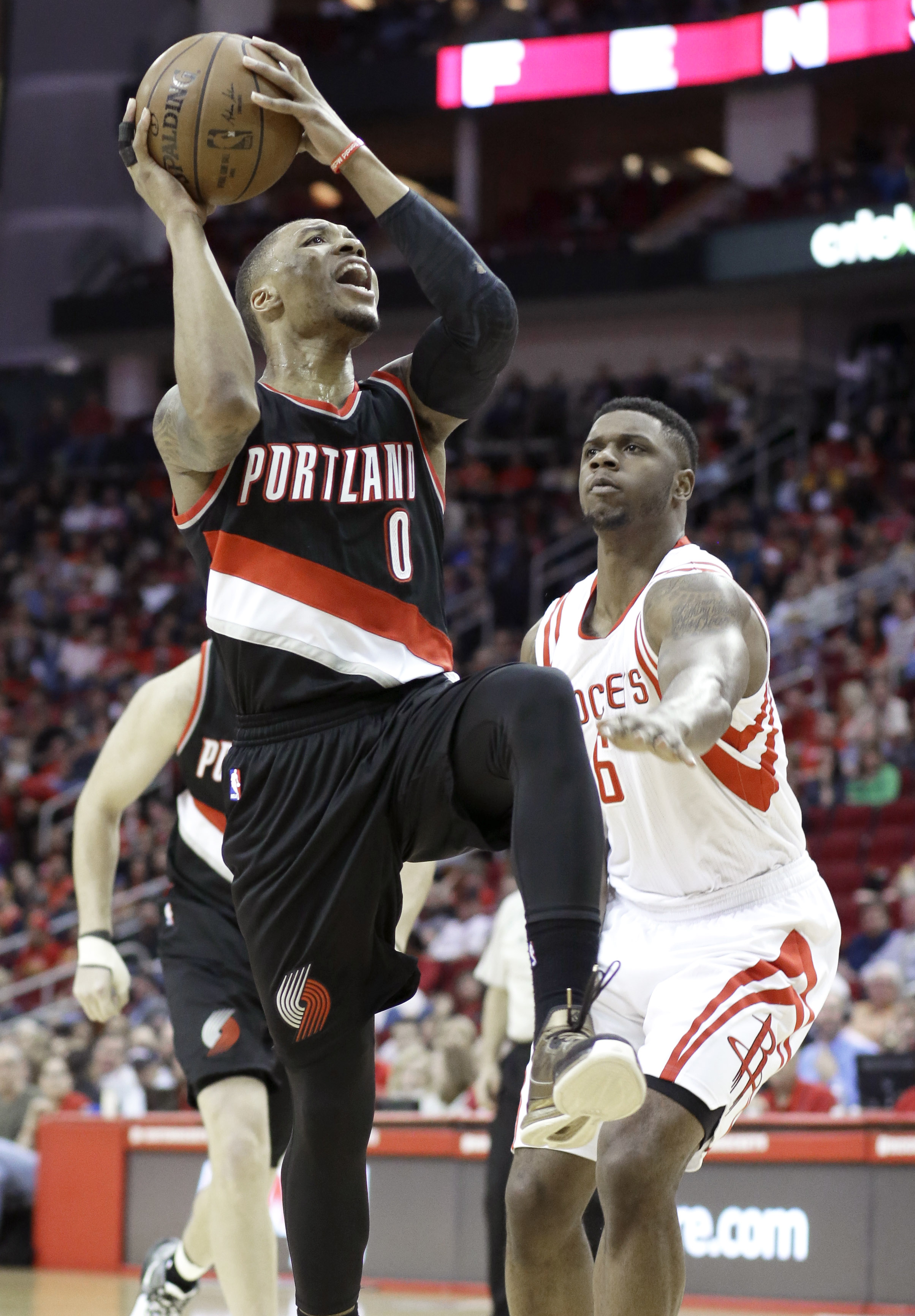 While it wasn’t exactly the win of the year, the Portland Trail Blazers bounced back after Saturday’s heartbreaker to defeat the Houston Rockets 109-98.

LaMarcus Aldridge finished with 24 points and Damian Lillard had 23 points, five rebounds and five assists. But for the second time in three games and the second time in a win, the Blazers bench was a huge difference maker Sunday.

The Blazers outscored the Rockets bench 37-30 and they were led by the two players that had shown the most promise over the last two games: CJ McCollum and Meyers Leonard. McCollum got cooking early and then Leonard put the finishing kick on the Rockets by beating them down the court for lay-up and swishing corner treys. Leonard had 12 points and six rebounds

James Harden was spectacular in executing his gameplan. He scored 45 points, going 19-23 at the line. The Rockets bench didn’t lack production either. Josh Smith enjoyed a rare night of long-range accuracy and Corey Brewer continues to enjoy his Houston renaissance.

The Blazers needed the full team effort that they got tonight to pull this out. It was a road win that was necessary to give the Blazers some momentum going into the All-Star break with just one game at home against the Lakers left.

They’ll need that momentum and that confidence that they can at least beat a good team that will be in the playoffs come spring time ahead of four games to start the post All-Star stretch at Utah and then a homestand against Memphis, San Antonio and Oklahoma City.

The Blazers threatened to give the game away in the third quarter when they gave up 32 points to the Rockets. The Blazers needed a good start to the fourth quarter and unlike Saturday in Dallas, they got it this time.

Then when the Rockets cut the lead to four with just under two minutes left, Nicolas Batum hit a step-back 3-pointer to give the Blazers a 7-point lead. In a season full of disappointment, Batum came up big.

Robin Lopez was an efficient presence around the rim, exploiting the Rockets lack of size without Dwight Howard. He only missed one shot and had 14 points in over 30 minutes of play.

If anything, the Blazers were outworked and outhustled on the glass. Every single one of Houston’s players were rallying to the glass and Portland gave up a lot of second chances.

Still, Portland got a nice win to carry them into their final game before the break against a pretty good team.