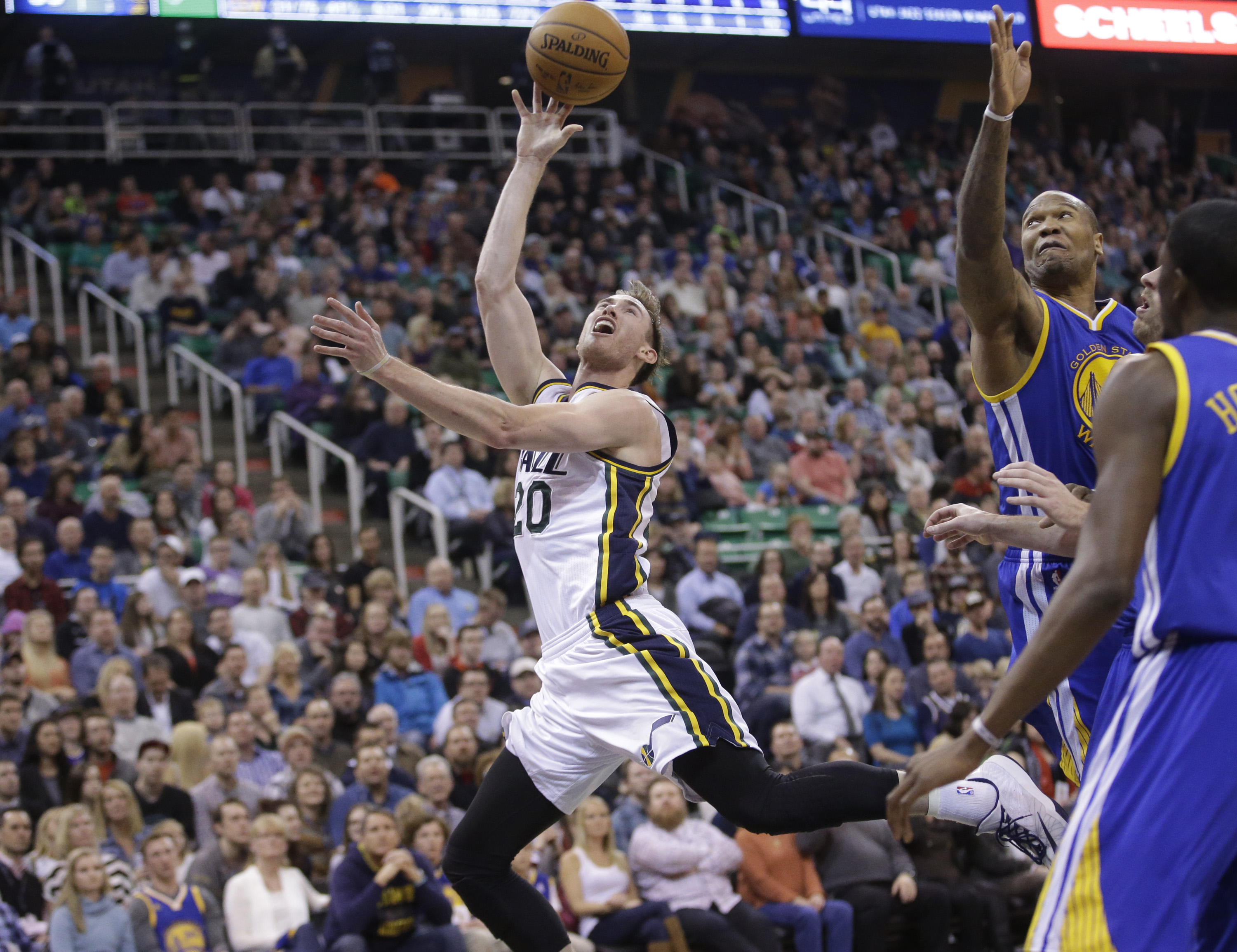 The Utah Jazz aren’t going to make the playoffs but they are definitely riding high after getting what will likely end up as their win of the year over the Golden State Warriors on Friday.

Over the past five games, the Jazz made the switch to send Trey Burke to the bench in favor of Australian lottery pick Dante Exum. Exum had hype of being an Australian Kobe Bryant and while that isn’t exactly panning out, the switch has worked out to bring some scoring punch to the Jazz bench.

Exum and Joe Ingles are the Jazz all Australian rookie backcourt and they have experience playing together on the national team. And after the game Ingles met Jamie Lannister!

However, it still remains something of a mystery why the Jazz are still starting Enes Kanter. Rudy Gobert is eating up opposing teams with his freakishly long arms. They are calling him the “Stifle Tower,” he played more minutes in their win against Golden State and he hasn’t played many fewer minutes than Kanter overall on the season.

But make no mistake, Hayward is everything for this team. Hayward’s usage rate regressed back to more normal levels as of recent. It was over 30 at times earlier in the season but now he’s using just over 25.4 percent of possessions.

The Jazz pass the ball more times per game than any other team per NBA.com/stats. They are also ranked 14th in offensive efficiency. But their starting line-ups have consistently been outperformed by their opponents. But against the Blazers, who will likely be playing their first game in nearly two months with their original starting line-up, it seems like that will be less of a worry at the start.

The Blazers will likely take a little bit to find themselves again in this game with Lopez back but they can’t take too long because the Jazz have the talent to beat them and kill all of the good vibes.

Portland’s slipped to mediocrity on both ends recently and Hayward’s size and skill presents a real mismatch for everyone except Batum.

After watching a lot of Jazz games, at least earlier in the year, the Jazz like to give the ball to Hayward and just let him go at the end of games. He might try a pick and roll three times in one possession just because the Jazz have so much trust in him getting a good shot. But it hasn’t exactly been #HaywardTime. The Jazz offensive efficiency is 24th in the NBA in the last five minutes of games when the score is within five points according to NBA.com.

The Blazers likely won’t have trouble diagnosing what the Jazz are going to do if it’s a close game. But Hayward is talented enough to do tons of damage anyway. Friday he had 25 points, 15 rebounds, 6 assists and 3 steals against the Warriors in 38 minutes.

Batum will likely guard him but it wouldn’t be a surprise to see Matthews take him to give him a more physical presence and switch Batum onto Exum or another wing.

The Blazers also had a lot of trouble finishing around the basket against the Bucks length and athleticism. Favors and Gobert are going to be menaces around rim tonight. Basically every line-up with Gobert is a defensive beast per NBA.com so Chris Kaman is going to have his hands full.

But perhaps the presence of Robin Lopez can soften them up and also seal off weak side defenders on drive by Portland ball-handlers.

The Jazz are a young team and they might be a team to watch out for one day in the West. And they have more than enough talent, and confidence, to ruin the good vibes of a Lopez return if Portland takes a while to adjust.