The Scouting Report: at Milwaukee Bucks 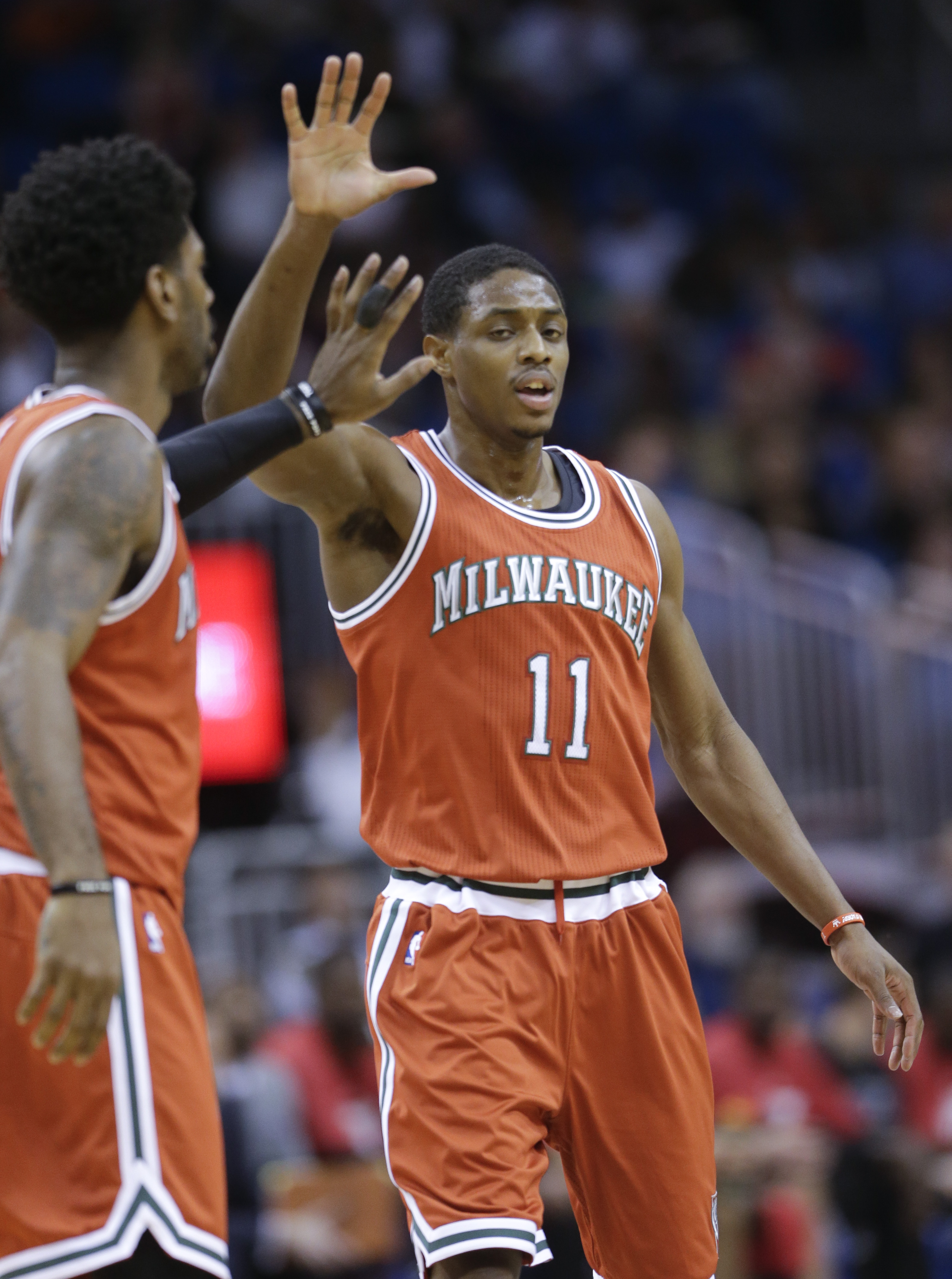 The Milwaukee Bucks are still young, funky and stingy on defense. They look like a lock to make the playoffs in the Eastern Conference behind a top-five defense for a team that’s suffered it’s share of devastating injuries and off-court drama.

Larry Sanders hasn’t played since these two teams met back on December 17. And there were rumors that it could have been his last game of pro basketball. But he’s back with the team now but not eligible to return to the team just yet because of a suspension.

Jabari Parker tore his ACL before these two teams met but the Bucks are still two games over .500. How?

Depth and perhaps most importantly, how Jason Kidd uses their depth on a nightly basis. One of the great things about watching the Bucks is seeing the funky line-ups they put out. They signed Kenyon Martin who played 21 minutes the other night. In 2015!

John Henson just put up a double-double with two blocks and the blocks are a pretty regular occurrence lately.

And then there is The Greek Freak who can guard five positions and get to the basket from the 3-point line in one dribble. In the last meeting, which was also Portland’s first game without Lopez where they started Thomas Robinson, The Freak got to the basket with relative ease. He scored 10 points on 4-of-7 with a great deal of those coming at the rim before getting injured in the first half. When the Bucks lost Antetokounmpo, they lost someone else to keep Portland’s defense honest for Brandon Knight.

The Blazers won by seven. Lillard had 29 points and Aldridge had 23 points. Portland also outrebounded the Bucks by 20, something that sounds unfathomable considering the recent state of the Blazers rebounding. The Blazers have lost seven of ten and a win against Milwaukee would be huge to get them out of a rut before returning home.

O.J. Mayo and Jerryd Bayless bring a little punch off the bench. Ersan Illyasova has had good moments in the league but hasn’t been healthy much of the season.

Whoever is healthy, Kidd is going to find creative ways to use them. The Blazers also have to take care of the ball. The Hawks forced them into 17 turnovers and the Bucks are 2nd in the league in defensive turnover percentage.

I’m sure we’ll see more Meyers Leonard and more Dorell Wright than we saw in the last match-up for Portland’s side.

Portland will need fewer turnovers and must support Aldridge if they are to squeeze enough points out of this game. Defensively, they’ll need to contain Knight first but Antetokounmpo’s mismatch potential could cause major problems again.