The Scouting Report: at Cleveland Cavaliers 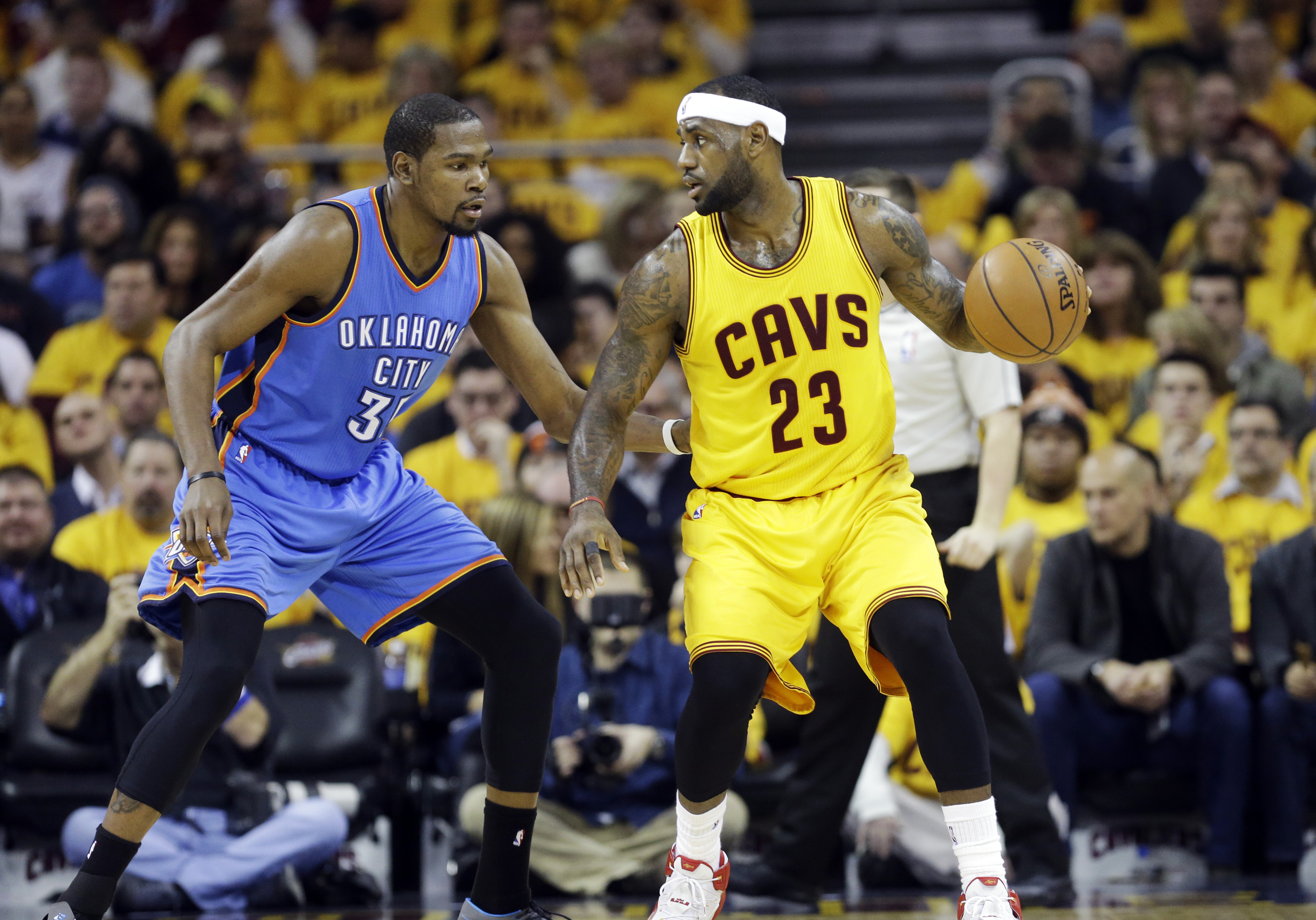 The Cleveland Cavaliers are a very different team than the one that was blown out by the Trail Blazers in Portland back in November. The guys that LeBron tried to teach lessons to by essentially camping out in the corner and not looking for his shot, like Dion Waiters, are now gone.

The injury to Anderson Varejao forced the Cavs to face realities about their roster. While LeBron James was out with injuries, they made trades that have already made an impact on the way they play.

The arrival of Timofey Mozgov in the middle of Cleveland’s defense has allowed them to play more conservatively in the pick and roll. Mozgov is not a great rim protector by a lot of databases, but he was better than what the Cavs had in that area. It minimized the minutes they had to play with Tristan Thompson or Kevin Love at the five. They also no longer have to awkwardly start Shawn Marion at shooting guard.

J.R. Smith has also brought a new dimension to the Cavs on the wing with his 3-point shooting, shooting 39 percent from long range.

The Cavs just came off their game of the year on Sunday against Oklahoma City. They had an offensively dominant third quarter and LeBron looked like the best player in the world again. One of the reasons many have wondered about Cleveland has been the appearance of cracks in the armor of King James, given the unprecedented mileage he’s already logged in his career. But he’s put those worries to rest with recent performances.

This season less than six percent of his field goal attempts are dunks, which is a career low according to Basketball-Reference. He’s still a basketball wizard, the smartest player on the court and can do just about anything. He and Kyrie Irving have been dominant over the last few games.

On Tuesday, the Cavs extended their winning streak to seven games against Detroit. The Pistons have been one of the stories of the second half of the NBA seasons but are not as dynamic without the ball-handling and playmaking of Brandon Jennings. Still, the Pistons played the Cavaliers tough and their stars needed to make plays late.

Kyrie Irving scored 38 points and many of his shots were momentum killers for Pistons’ comebacks. The Pistons would get to within six or seven points and then Irving would come down, usually off a screen for Kevin Love, kill the momentum.

Especially when LeBron isn’t on the court, we saw a great deal of Irving-Love pick and rolls. With the threat of J.R. Smith on the weak side, shooting 8.5 3-point attempts per game, it’s tough to stop.

The Blazers are one of the best teams in the league when it comes to defending the three-point line. They’ll probably switch more than the Pistons did Tuesday and that should cut down some of the airspace that Irving had to launch those jumpers.

If the Blazers don’t have Nicolas Batum, that’s one less body they have available to guard LeBron, which will really hurt if Matthews gets in foul trouble. Dorell Wright is more of a power forward these days but he might be the only player with the size to hang with LeBron if Batum doesn’t play. After that, the Blazers options are likely Allen Crabbe, who was benched after starting Saturday, and Will Barton who is giving up several inches and a lot of weight.

The Blazers were lifted by the return of Aldridge Saturday against the Wizards. Now they run into a Cavs team playing their best basketball of the season so far. The Blazers don’t have as much of a size advantage as they did back in November and this game should be appointment television if you’re an NBA fan. Even with the Cavs playing the second game of a back-to-back, there’s no doubt they’ll want to keep the winning going against a top Western Conference team.