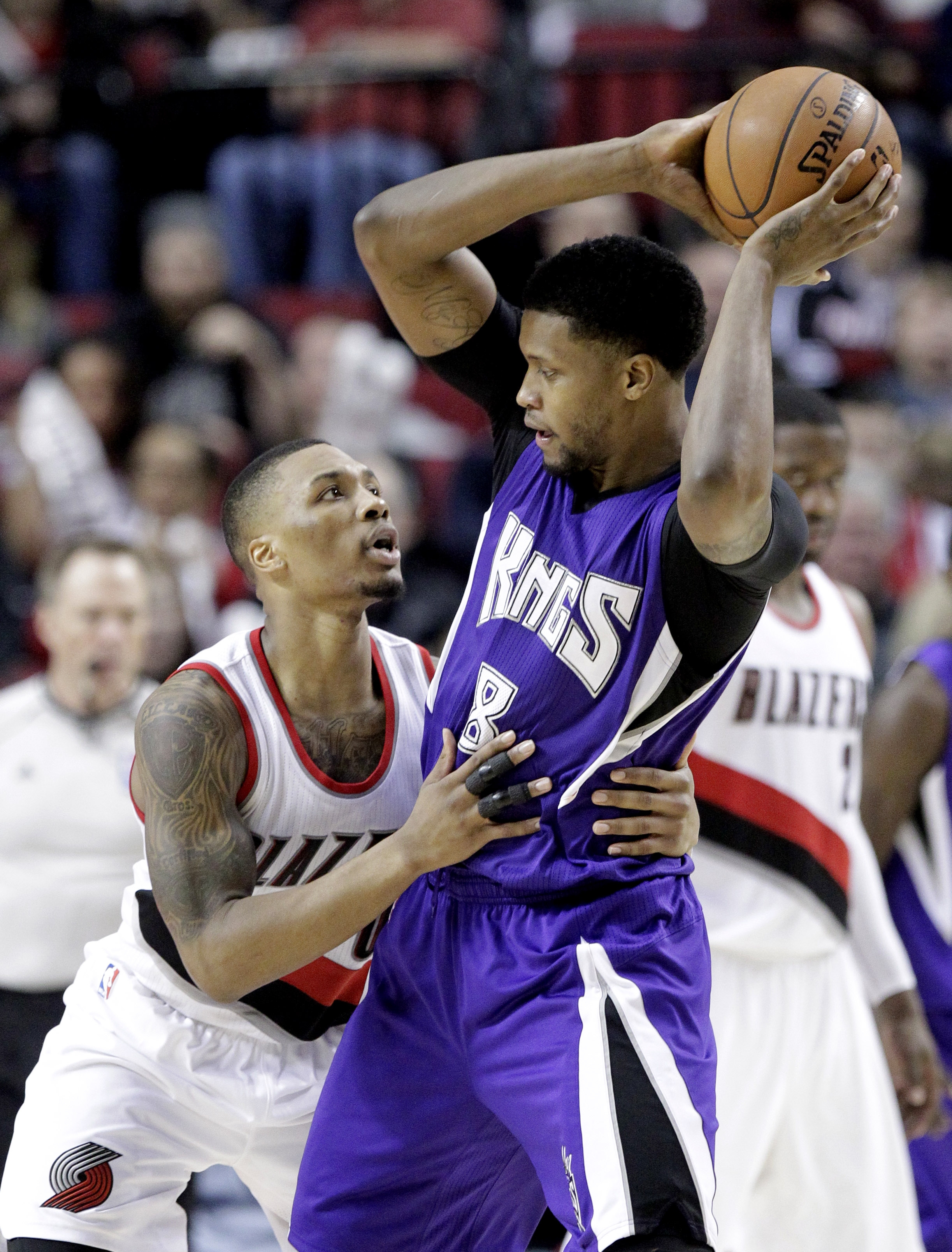 The Portland Trail Blazers beat the Sacramento Kings Monday night by the score of 98-94. Or by the skin of Thomas Robinson’s chinny chin chin.

LaMarcus Aldridge injured his hand and x-rays came back negative according to the Blazers. According to Jabari Young of CSNNW.com, he is going to see a hand specialist on Tuesday.

His status is uncertain with Portland leaving Tuesday for a back-to-back beginning in Phoenix on Wednesday before coming home to face the Celtics on Thursday. On Saturday they have a tilt with the bruising and beastly Washington Wizards. This win was huge if Portland is without Aldridge for even just a week and could be more important if he’s out longer. The video of the play didn’t look all that good and not returning to a game isn’t ever good.

Robinson and his partner in productive chaos on Monday, Will Barton, changed the fourth quarter with their energy. Nicolas Batum hit a go-ahead 3. Damian Lillard carved out a piece of Lillard Time in the final minutes to help the Blazers win a game they had no business winning. But Robinson may have had the most important play of the game.

With under two minutes left, Cousins picked up his sixth foul, forcing him to go to the bench and watch the most important moments from the sideline. Cousins was the best player on the court tonight, finishing with 22 points and 19 rebounds. But he was forced to watch because he grazed Thomas Robinson’s chin, creating just enough contact to get whistled for his sixth foul.

It wasn’t unlike this job Tyson Chandler did on Cousins less than a week ago.

Robinson had disrupted Cousins’ rhythm, perhaps gotten into his head and forced him into big mistakes. The Truck transformed into Dennis Rodman in the nick of time. Only a few possessions before, Robinson drew a charge on Cousins.

Even after Cousins left the game, Robinson kept it going. He was trash talking former college teammate Ben McLemore on the Kings’ chance to tie the game with a 3, which fittingly ended with a turnover. What did he say to his old college buddy?

Dennis Rodman. Richard Sherman. Whatever he wants to be, Robinson may have done the most important job for the Blazers to escape the night with a victory.

“That was huge,” Lillard said about Cousins fouling out. “We weren’t trying to get him to foul out. But in my opinion he’s one of the best bigs in the league, top two, top three bigs in the league and it would have been a handful down the stretch to stop him. That’s why I thought T-Rob was so huge for us because he fought him down there. That’s a big guy, a physical guy, and he fought him and made things hard for him. When he fouled out, it was him trying to fight through T-Rob fighting with him and it turned into an offensive foul. He’s out of the game and now that’s a problem we don’t have to worry about.”

Barton played all 12 minutes of the decisive quarter. It was a game where the Blazers needed energy and aggression above all else.

Stotts pulled another rabbit out of his hat and the show continues for the Blazers. The Blazers line-up down the stretch that won the game had Robinson and Barton, the Fulton Reed and Dean Portman of the Blazers, along with Lillard, Matthews and Batum.

“That was a get the win by any means (line-up),” Wesley Matthews said. “We had never played that line-up before. I don’t know how much that line-up will ever be together but it was necessary at the time and it got us a win.”

That win puts the Blazers 10 full games ahead of ninth place Oklahoma City in the standings with 40 games left to play. A fact that came into focus tonight after Aldridge left the game. Already without two rotation big men, the loss of Aldridge would be much tougher to survive than Portland did last year.