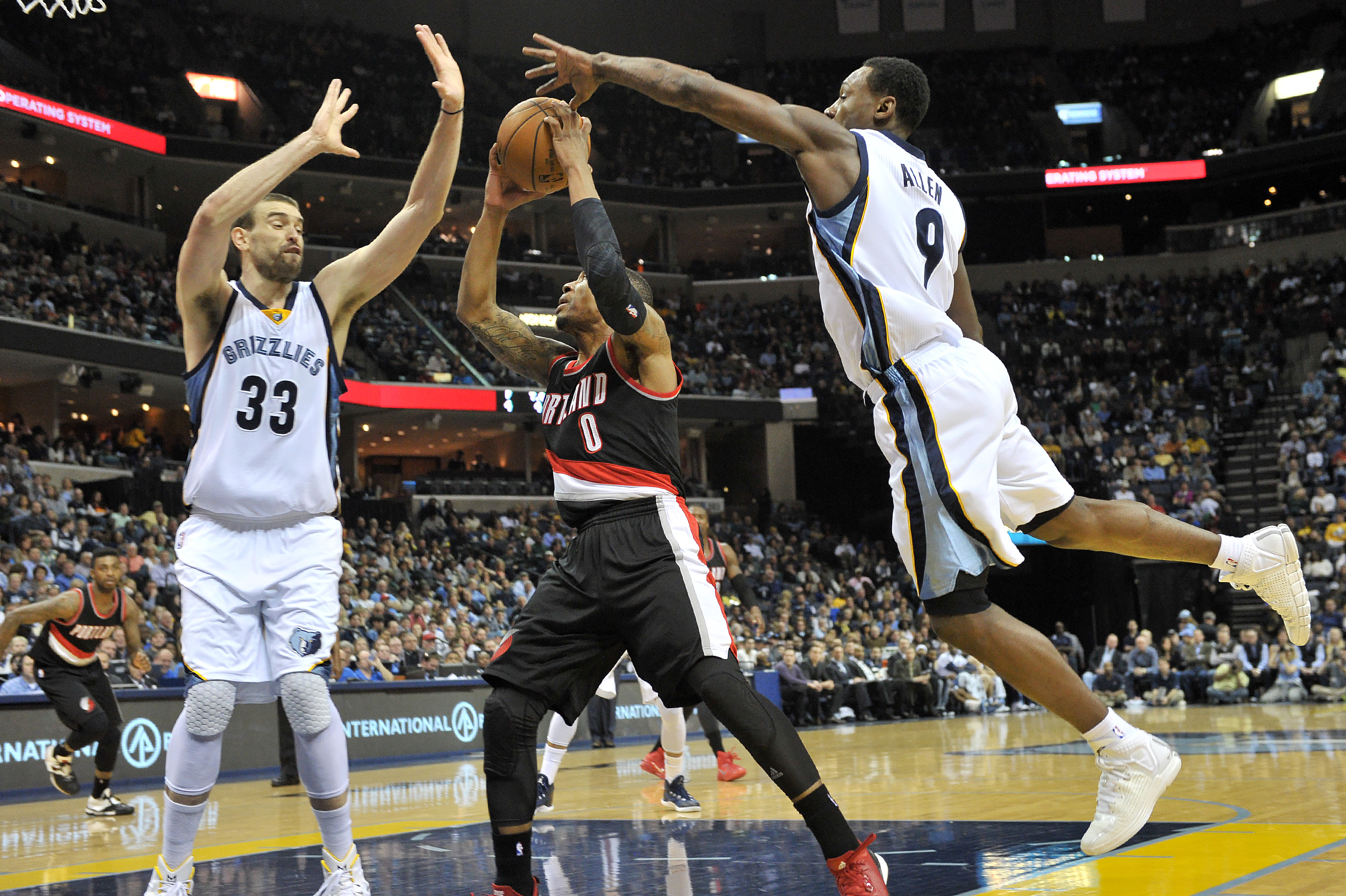 The Portland Trail Blazers are in the midst of a their first three-game losing streak after losing to the Memphis Grizzlies 102-98. But the final score, thanks to a late flurry by the Blazers and better defense, is misleading.

The Grizzlies were ahead of this game from the outset and the Blazers showed some professional pride by not having the starters sit in the final five minutes for the second straight night.

The Grizzlies were playing without Mike Conley and the Blazers, playing on the second night of a back-to-back knew this. But his back-up Beno Udrih ended up being deadly in clutch moments for Memphis, hitting two big shots in the final 30 seconds, which ended gave the Grizzlies the cushion to hold on.

He did this after getting leveled by Chris Kaman.

Of course, the invisible man was Nicolas Batum once again. Batum struggled to be productive, scored only 3 points and two rebounds in 30 minutes of play. In a game where the Blazers were outrebounded by 10, they needed Batum’s aggression on the boards. But like nearly everything else in his game so far this season, his rebounding is down too and the Blazers have rebounded a smidgen better with him on the bench according to NBA.com.

But Batum wasn’t the only reason they fell behind by 20 points. The Grizzlies outworked them on the glass the whole night and the bench didn’t produce like they did the previous night in San Antonio.

CJ McCollum played just five minutes and Meyers Leonard couldn’t get a bucket to go save for a little floater in the paint. Steve Blake played tough defense, kept his dribble alive and made a couple of shots. But the Blazers were outplayed by Memphis as they showed why they made the move for Jeff Green.

Green scored 17 points off the bench and grabbed some huge offensive rebounds in 30 minutes of play. Another thing that we’ve seen is a difference in these big Western Conference teams is Portland’s ability to take advantage of opponents mistakes.

In the loss to the Spurs last season, the Spurs conversion rate on second chances and turnovers was a huge reason why they won. The Grizzlies forced only seven turnovers but scored 11 points, just as many as Portland scored on 14.

The Grizzlies are a disciplined defensive team and they deserve credit for knowing how to cover up their mistakes. But Portland must be more cutthroat with these chances, especially against the playoff teams in the west.