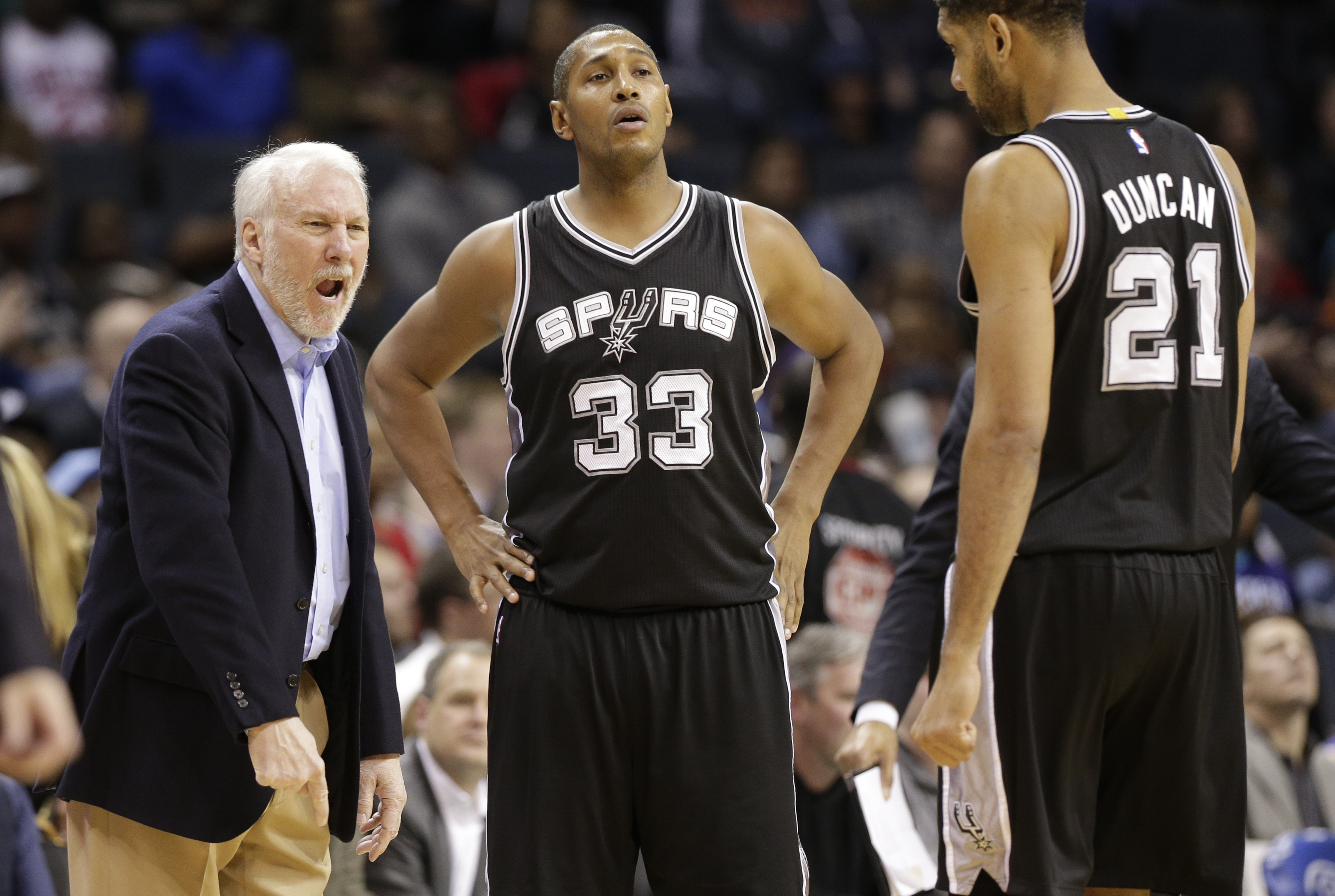 2014 Finals MVP Kawhi Leonard returns from injury Friday night against the Trail Blazers, or at least he should. The Spurs haven’t been dominant in the brutal Western Conference where they are currently the seventh seed.

If the playoffs started today, the Blazers would face the Spurs in the first round! Congratulations, Portland! You get to face the team that turned their stars into mere mortals and exploited every possible mistake and mismatch the Blazers made.

The Spurs did start Matt Bonner in their last game vs. Charlotte but the Blazers have been starting two traditional big men so it would make sense for Splitter to start.

Then again, the Spurs started Boris Diaw in the 3OT epic on Dec. 19. But we do know Leonard is probably going to be back, which is huge. Leonard is a brutal match-up for the Blazers when healthy. In last season’s series he was the difference maker, he went toe-to-toe with LeBron James and his absence has put a lot more stress on the Spurs aging infrastructure.

Duncan has played the second-most total minutes on the Spurs roster so far this season. He has done a masterful job of holding things together with Leonard and Parker taking extended absences due to injury.

The only player on the Spurs with a better on-court defensive rating is Leonard. So while they have been pretty good, Leonard makes them great. And the Blazers will face an interesting test in taking on a basically full strength Spurs team without Lopez or Freeland. Chris Kaman will have to play well but so will Meyers Leonard.

Leonard has taken huge strides over the past few weeks. He played 31 minutes in the Blazers 100-94 loss to the Clippers on Wednesday where he notched his third career double-double. Leonard’s been most successful when playing with the Starters. They’ve only played 32 minutes together but they’ve outscored their opponents by over 30 points per 100 possessions according to NBA.com.

And in the context of Batum’s season-long shooting slump, it actually makes perfect sense. If Batum can’t shoot but the Blazers still need him because of his superior playmaking and size at small forward, why not play him with a power forward who shoots 43 percent from 3?

According to NBA.com, line-ups with the combination of Leonard and Batum are outscoring opponents by 14.2 points per 100 possessions in 94 minutes. At the very least it’s a pairing we should see more of especially while Batum’s poor shooting continues and the Blazers are down two centers.

But if Leonard keeps playing like this it will be interesting to see if he forces Stotts to make a decision like he had to when Thomas Robinson played his way into the rotation last season.

While the Blazers are starting Kaman, the minutes with Leonard in the middle will be just as if not more crucial as the Spurs bench is one of the best in the league.

But it won’t only be on the big men. Lillard will need to be even better on defense in the pick and rolls against the Spurs murderous screens chasing around Parker and Patty Mills who is back from injury.