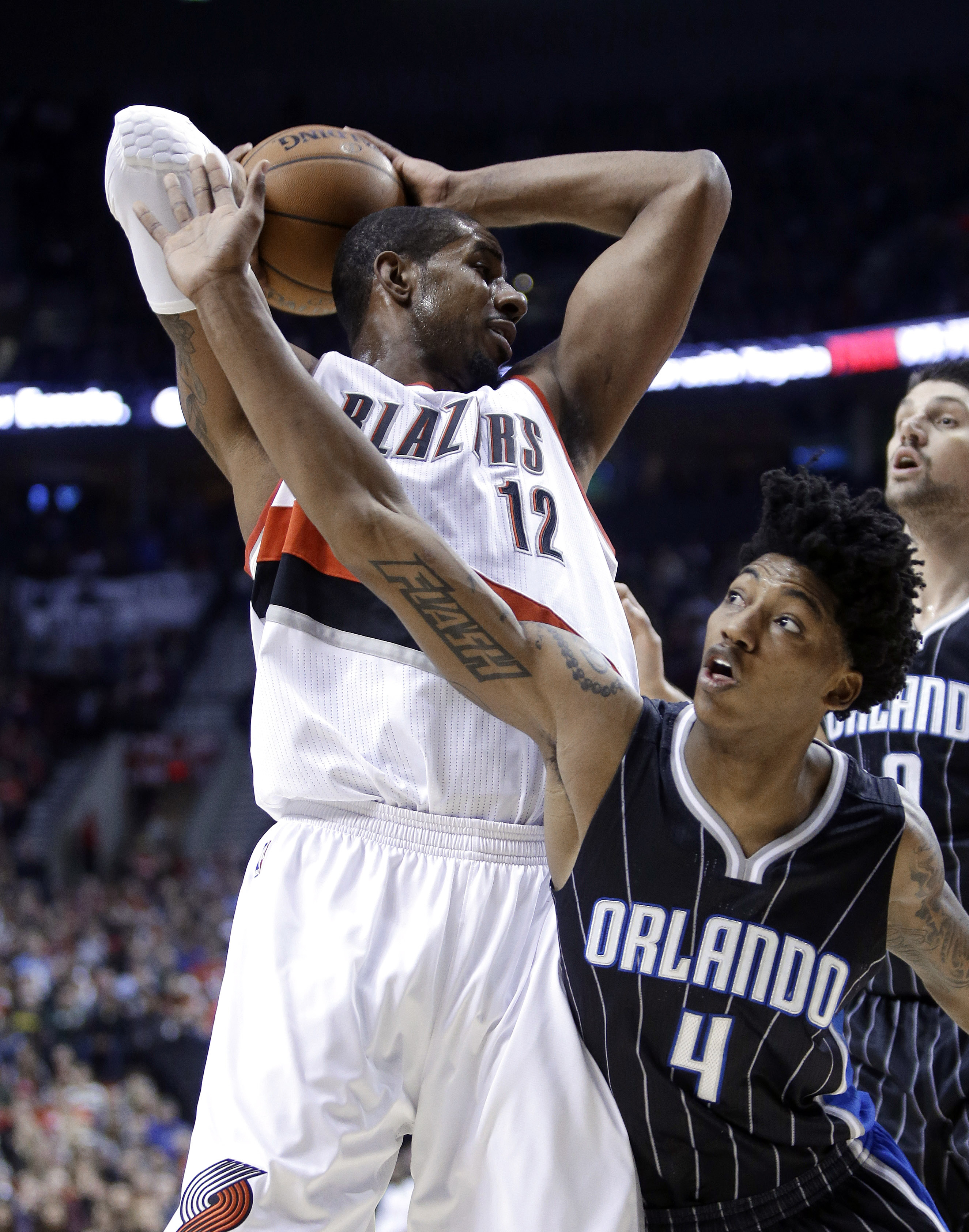 The Portland Trail Blazers had a fast start and an excellent finish to defeat the Orlando Magic 103-92 Saturday night. LaMarcus Aldridge had 25 points and Wesley Matthews had 18 points. Orlando’s Nikola Vucevic had a career-high 34 points.

In between, there was a whole lot of grey. The battle of the black and white was a hazy affair for the home team in the middle quarters. Vucevic beat the Blazers up on the glass. Elfrid Payton’s youth and length seemed to bother Damian Lillard for a time. Nobody other than Aldridge could score for the Blazers and after a very good first quarter, Meyers Leonard reminded everyone that youthful promise still has its growing pains.

There was a lot of youth on the court but grey dominated the game. Part of it was likely because a great deal of attention was being paid to the Seahawks game. The other was likely that the Blazers just didn’t have a lot of energy after their great start and stopped taking care of the ball. They finished with 20 turnovers.

“They got more aggressive and more confident, and we relaxed,” said Lillard. “We thought that it was going to be easy because of the way that the game was going, but really it was that way because we played hard, we were locked in. We took what we did for granted and they took advantage of that and made it a dog fight pretty much.”

“I thought they found some confidence,” Aldridge said. “We didn’t do a good job of not letting them be confident tonight. We did a good job to start the game. And then we gave up some easy things. They played better after that.”

The Magic are now losers of six straight, so you can understand why the Blazers thought they had put away the young and wounded team without two of it’s top-four leading scorers.

Leonard unleashed a 3-pointer, a running baby hook in the lane off the dribble and a hook shot from the block off the glass. Will “The Thrill” Barton caught a 3/4 court alley-oop from Steve Blake early in the second quarter and Barton’s partner in fun Thomas Robinson caught one himself. And then on the next possession Robinson had another uncontested slam.

But the Magic brought the fight to them and the Blazers couldn’t stop Vucevic. Oladipo had good moments but finished six-of-21. Poor Elfrid Payton can’t shoot although he carries as much fight as you’d want from your starting point guard.

After the game, the Blazers locker room was quiet and if anything, you could hear a few Blazers lamenting plays they could have run to better expose the Magic trying to jump their plays.

The Lakers took the Blazers down to the wire Monday. The Magic played the Blazers tough and it won’t make Sunday’s tilt in Tinstletown any easier.