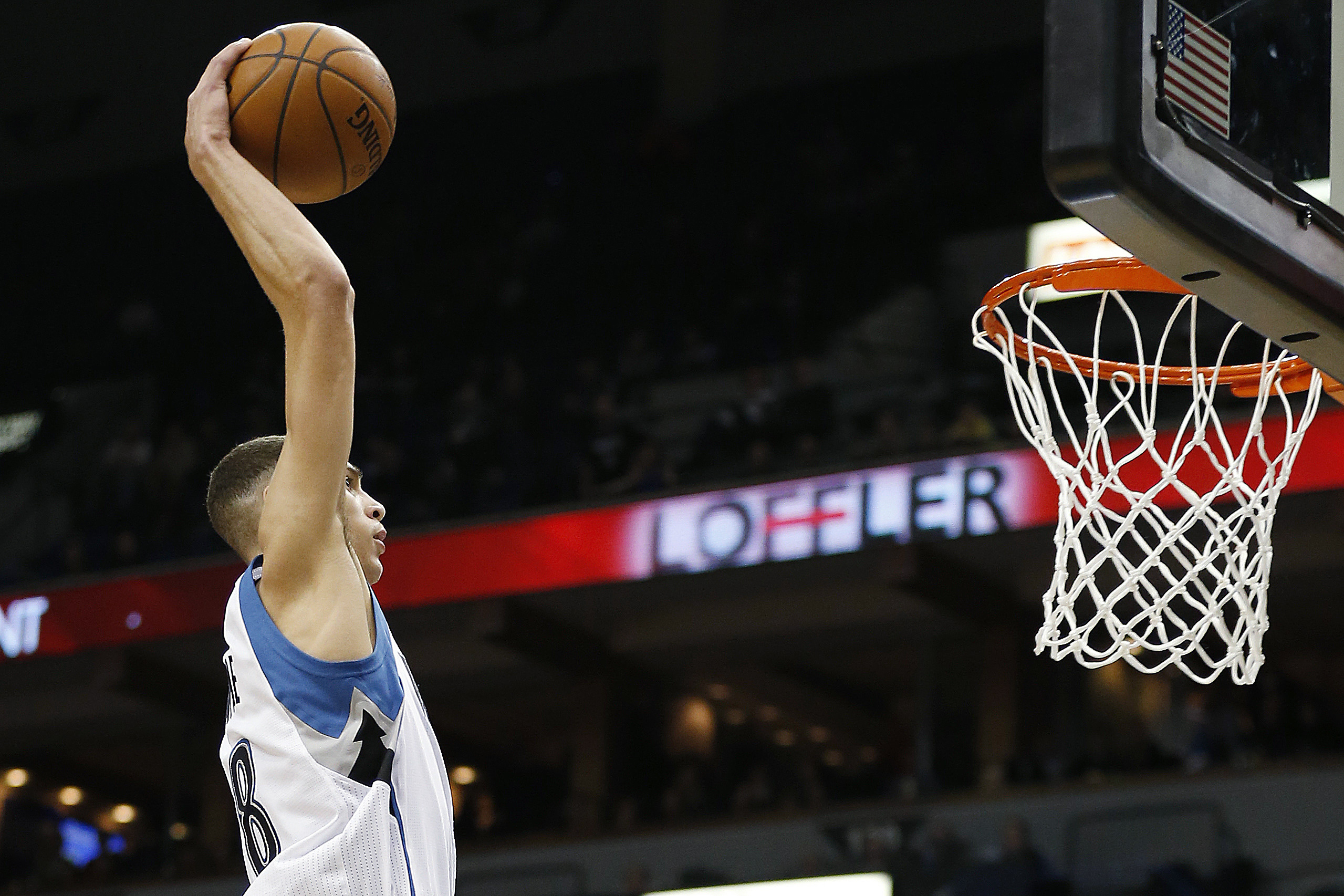 The Minnesota Timberwolves haven’t had a whole lot change since they lost to the Trail Blazers in Portland on Nov. 30. In fact, things have gotten worse. Since their loss in Portland, the Wolves have only endured more losses and more injury.

They lost to the Philadelphia 76ers to give the lowly Sixers their first win of the season. Mo Williams, who was their best player in the Wolves’ game in Portland, has missed the last three games with back spasms. The upside, if there is upside in this situation, is that Minnesota’s young players have gotten extended run.

The bad news: they still haven’t really found any success as of late. But at least this time around number one pick Andrew Wiggins won’t be holding back vomit during the game.

Some players have started to carve out more of a role but the Wolves don’t really play in the same way that the current NBA does. As we saw in the last meeting, they like to attack the basket. They post up their guards and they like to get them going off screens to the basket.

Sure, nobody was expecting the Wolves to be a playoff team this season and they are without Ricky Rubio, a great distributor. But their fast-pace and aversion to the three-point line is curious. They are currently last in the league in 3-point attempt rate, the percentage of field goal attempts that are 3-pointers, in the league according to Basketball-Reference.

This strategy, especially for a team trying to develop players into being ready for the NBA, is so allergy to the 3-point line. You don’t see a lot of good offensive teams staying away from 3’s like this. Wiggins is only taking 2.4 3’s per game but he is hitting them at nearly 42 percent.

LaVine is inconsistent and his jumper hasn’t been very accurate. Shabazz Muhammad has been the biggest bright spot of the recent Wolves stretch. He’s 2nd on the team in PER and he’s averaging 15.2 points and five rebounds per game off the bench.

Thaddeus Young is still a very good power forward and can cause power forwards problems with his speed. But the Wolves don’t really have the space to exploit his athletic gifts.

The Wolves are young and if Portland’s transition defense isn’t solid, they’ll stay in the game.

Portland’s transition defense has been much improved this season but they need to be especially on alert against a Wolves team that relies on getting up the court quickly.